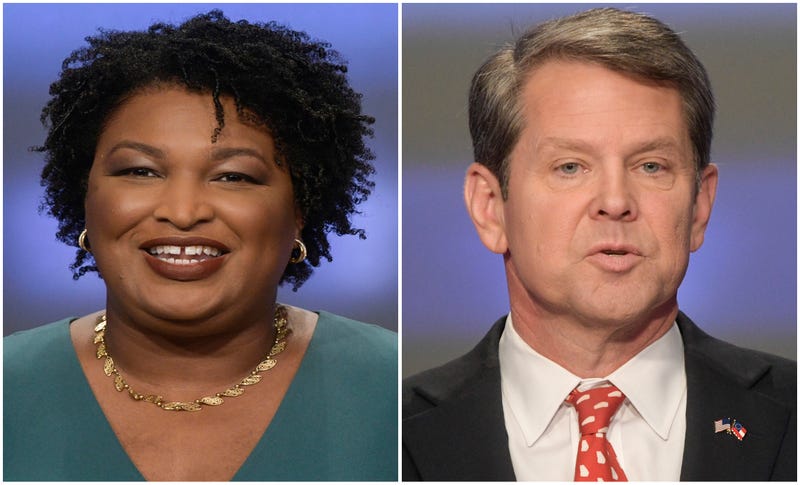 ATLANTA (AP) — The Latest on the Georgia governor's race (all times local):

Republican Brian Kemp says the Georgia gubernatorial election is over with Democratic rival Stacey Abrams' acknowledgement that she can't win the race, and he is urging the state to look forward.

Kemp made the comments in a statement Friday, shortly after Abrams' speech effectively ended the contest. The final result had been in doubt for 10 days after the election.

He said: "The election is over and hardworking Georgians are ready to move forward. We can no longer dwell on the divisive politics of the past but must focus on Georgia's bright and promising future."

He referred to Abrams' concession, but she insisted her speech wasn't one of concession and vowed a federal lawsuit over the management of the election.

Democrat Stacey Abrams says she will file a federal lawsuit to challenge the "gross mismanagement" of Georgia elections.

Abrams made the comments in a Friday speech, shortly after she said she can't win the race, effectively ending her challenge to Republican Brian Kemp.

She said: "In the coming days, we will be filing a major federal lawsuit against the state of Georgia for the gross mismanagement of this election and to protect future elections."

Kemp is Georgia's former secretary of state. Abrams and voting rights activists have argued for months that Kemp mismanaged the elections system in his post.

He was backed by President Donald Trump.

Her speech Friday effectively puts a stop to the contest. The final result had been in doubt for 10 days after the election.

Abrams made her announcement just after 5 p.m. That was the earliest state officials could certify the results after a court-ordered review of absentee, provisional and other uncounted ballots. Abrams' campaign had contended there were potentially enough uncounted votes to force a runoff.

Kemp is Georgia's former secretary of state. He was backed by President Donald Trump.

Abrams stressed as she spoke: "This is not a speech of concession."

A spokesman for the Kemp campaign didn't answer his phone and didn't immediately respond to a text message seeking comment after Abrams' speech.

The office said in a news release that 27 counties had to conduct a second review of provisional ballots cast because would-be voters didn't appear on the voter rolls. By midday Friday, more than half of those counties had completed their review.

Additionally, all counties were required to count absentee ballots that had previously been rejected because of a missing or inaccurate date of birth. Three-quarters of all counties had completed that count.

The secretary of state's office has instructed counties to complete the reviews by 5 p.m. Friday.

The release says once state election officials confirm that counties have complied with the judges' orders, they will review the documentation prior to certification.

Democrat Stacey Abrams is considering an unprecedented legal challenge in the unresolved Georgia governor's race that could leave the state's Supreme Court deciding whether to force another round of voting.

Her longshot strategy is being discussed as Georgia elections officials appear to be on the cusp of certifying Republican Brian Kemp as the winner of a bitterly fought campaign.

Top Abrams advisers outlined her prospective case to The Associated Press. They stressed the Democratic candidate hasn't finalized a decision about whether to proceed once state officials certify Kemp as the victor. That could happen as early as Friday evening.

The Abrams campaign has nearly three dozen lawyers working on the potential case and considering other legal options.