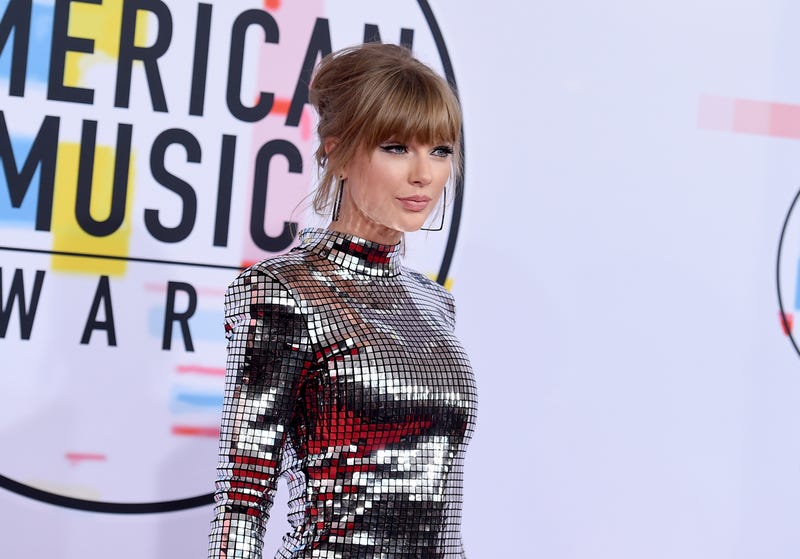 LOS ANGELES (AP) — The Latest on the 2018 American Music Awards (all times local):

Taylor Swift won artist of the year at the American Music Awards.

The singer, who opened up politically in a lengthy Instagram post this week, used her speech to encourage fans to vote.

She also won tour of the year and favorite pop/rock album with "reputation."

The pop star performed "I Did Something Bad" on Tuesday at the Microsoft Theater in Los Angeles. The song is from her top-selling "reputation" album.

Swift was backed by more than a dozen dancers for the performance and a large snake hovered behind her onstage.

Taylor Swift is having a big week: She first broke her long-standing refusal to discuss politics Sunday and now she's going to give her first awards show performance in three years at the American Music Awards.

The pop star will open Tuesday night's show at the Microsoft Theater in Los Angeles, which airs live on ABC at 8 p.m. Eastern. Other performers include Cardi B, Mariah Carey, Carrie Underwood, twenty one pilots and Jennifer Lopez. The show will also pay tribute to Aretha Franklin.

Swift is nominated for artist of the year, where she will compete with Ed Sheeran, Imagine Dragons, Post Malone and Drake, who ties with Cardi B for most nominations with eight.

Rapper-singer XXXTentacion, a streaming juggernaut before his death in June and afterward, earned two nominations.