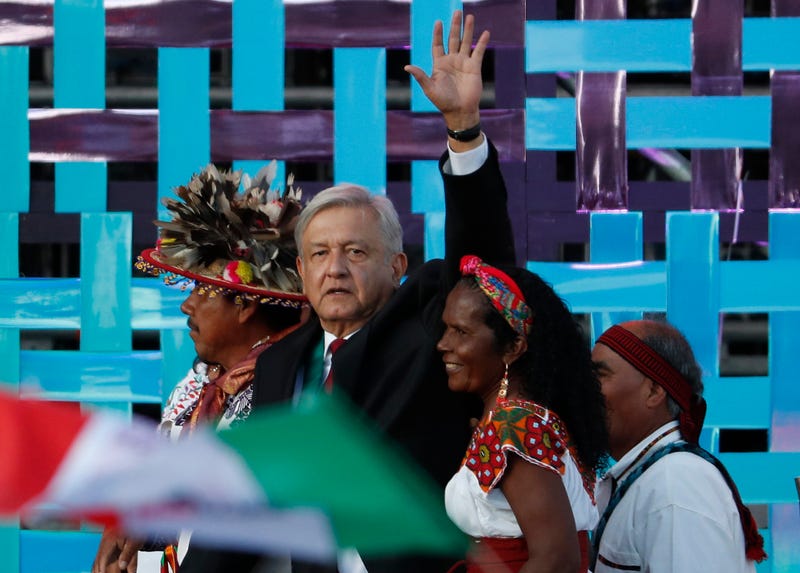 Photo credit CORRECTS BYLINE - Mexico's new President Andres Manuel Lopez Obrador walks with indigenous religious leaders for a traditional indigenous ceremony at the Zocalo, in Mexico City, Saturday, Dec. 1, 2018. Mexicans are getting more than just a new president Saturday. The inauguration of Lopez Obrador will mark a turning point in one of the world's most radical experiments in opening markets and privatization. (AP Photo/Moises Castillo)
The Associated Press
December 2, 2018 12/02/2018 5:05 am

Seemingly tireless at age 65, Lopez Obrador breezed through a day of public appearances Saturday that included taking the oath of office and speaking to Congress and attending an inaugural celebration at Mexico City's main square.

He received a spiritual cleansing by indigenous leaders, then closed the day with a folksy 90-minute speech to thousands of jubilant fans vowing to help the poor in a nation where almost half the population lives in poverty.