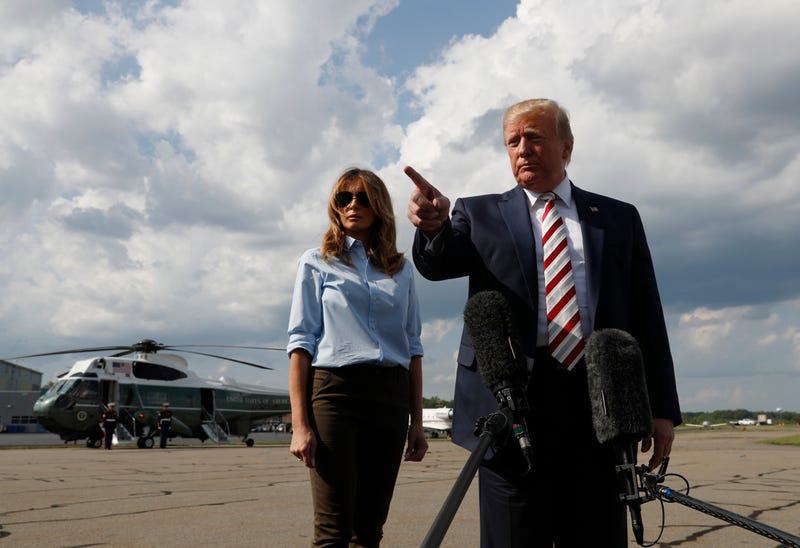 (AP/WCBS 880) -- President Donald Trump spoke for the first time publicly since the two mass shootings in Ohio and Texas, saying "hate has no place in our country."

Addressing reporters in Morristown, New Jersey, Trump said Sunday that "we're going to take care" of the problem. He says he's been speaking to the attorney general, FBI director and members of Congress and will be making an additional statement Monday.

President Trump says he's "talking to a lot of people" about what to do about gun violence in America: "Perhaps more has to be done" https://t.co/ukF0I7ggWe pic.twitter.com/tgW4sXIvuL

He says the problem of shootings has been going on "for years and years" and "we have to get it stopped."

The shootings in El Paso, Texas, and Dayton, Ohio, over the weekend left at least 29 people dead.