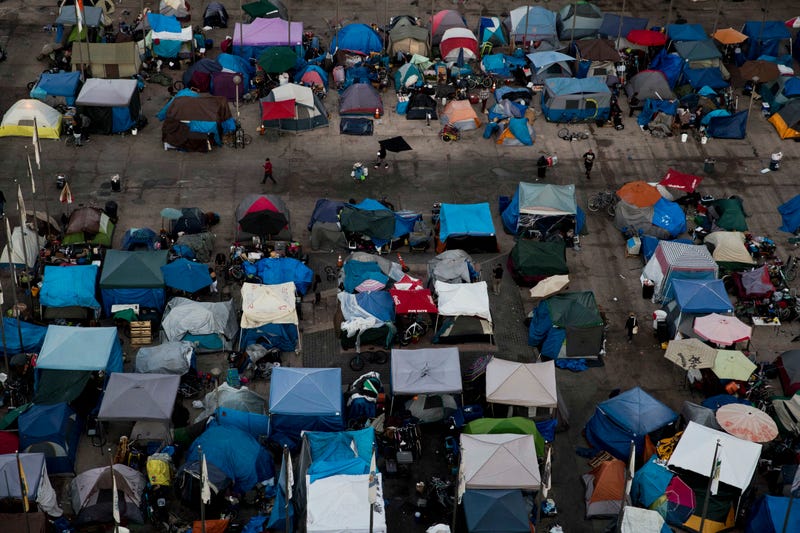 For the first time, a U.S. advisory committee is recommending a routine vaccination for homeless people, voting Wednesday to urge hepatitis A shots to prevent future outbreaks of the contagious liver disease.

The Advisory Committee on Immunization Practices made the recommendation at a meeting in Atlanta. The Centers for Disease Control and Prevention is expected to adopt it and send guidance to health care providers.

Homeless encampments can contribute to disease through unsanitary conditions. Hepatitis A spreads person to person through contaminated food or dirty needles used for injection drugs. The virus also can spread from sexual contact with an infected person.

The recommendation would make it easier for shelters, emergency rooms and clinics that serve the homeless to offer hepatitis A shots along with other services.

Hepatitis A vaccinations already are recommended for children at age 1 and for others in danger of infection, such as drug users, some international travelers and men who have sex with men.

The committee of health experts voted unanimously to add homeless people to those groups. The panel is charged with developing recommendations for the CDC on the use of vaccines in the United States.

Health experts have seen an increase in hepatitis A outbreaks and suspected exposures, caused in part by homelessness and drug use.

Twelve states have reported more than 7,500 hepatitis A infections from January 2017 to October 2018, according to the CDC. There were more than 4,300 hospitalizations and about 74 deaths.

Homeless people have made up a large percentage of the cases in San Diego and Utah. Michigan, Kentucky, West Virginia and Tennessee have also reported cases among homeless people.

With even low rates of routine vaccination, the spread of hepatitis A can be slowed, Dr. Noele Nelson of the CDC told the committee before the vote. The recommendation is for a two-dose series of shots, but even one dose can provide immunity for 11 years, Nelson said.

At $28 per dose, a price available through the public health system, the cost of routine vaccination could be in the millions of dollars, Nelson said, but fighting a prolonged outbreak can be even more expensive and disruptive to the health care system.

The nation's homeless population increased last year for the first time since 2010, driven by a surge in the number of people living on the streets in Los Angeles and other West Coast cities where rising rents are the main cause.

Homelessness affects men, women and children of all ages and ethnicities. About 3 million people, or 1 percent of the population, are homeless in a given year, according to the government.

Hepatitis A virus can cause a mild to severe illness lasting a few weeks to several months and, rarely, can lead to death. Symptoms include fatigue, fever, loss of appetite and nausea.

The Associated Press Health & Science Department receives support from the Howard Hughes Medical Institute's Department of Science Education. The AP is solely responsible for all content.