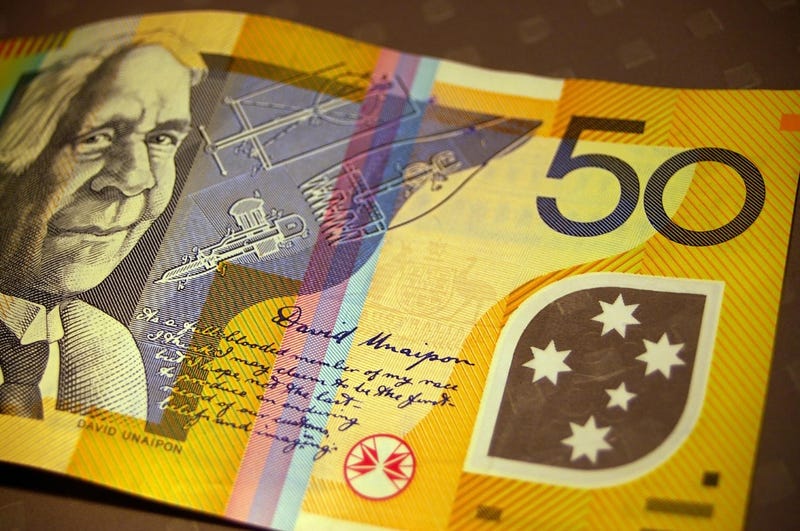 It seems as if a proofreader at the Reserve Bank of Australia was not having his best day recently—there is a typo on a run of AU$50 bills. Noticed by Australian radio station Triple M, a section of the bill that contains a speech from Edith Cowan, who served as the only woman in Australia’s parliament in 1921. On the bill, the speech reads, “It is a great responsibilty (sic) to be the only woman here, and I want to emphasize the necessity which exists for other women being here.”

The speech is in tiny print on the bill, so if you weren’t looking for it you’d never notice it. Most people probably need a magnifying glass to even read it. But the Reserve Bank is still not pleased to have it on there. Unfortunately, there isn’t anything they can do about it. The bills are already in circulation and the bank would correct the error at the “next print run.”

After a hot tip from the @triplemmelb family, we’ve found the spelling mistake on the new $50 note! #BreakingNews

All in all, the mistake appears on 46 million AU$50 bills—the most widely circulated in the country—totaling some AU$2.3 billion worth of money (about $1.6 billion US dollars).

It’s unfortunate as the rest of the bill is so technologically advanced. As Business Insider points out, “the notes also include a number of security features…including clear windows and parts that appear to change color in certain lighting,” as well as “raised bumps that allow people with impaired vision to distinguish it from other bank notes.” Finally, the new bills are printed on polymer instead of paper.

If nothing else, the misspelled bills ought to make great collectors’ items someday.