The most awarded couple in music is set to be honored for their efforts outside of the industry. 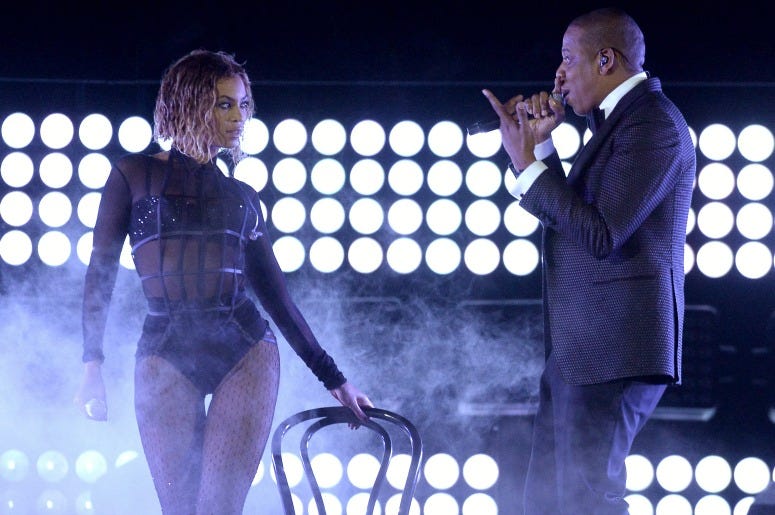 JAY-Z and Beyoncé will be recognized later this month at the annual GLAAD Media Awards for their role in supporting LGBTQ acceptance. The Carters will receive GLAAD's Vanguard Award on March 28 in Los Angeles. Both have recently taken very public stances in support of the LGBTQ community.

Beyoncé has spoken up in support of marriage equality, featured LGBTQ community members in her music videos, and dedicated an entire show to the victims of the Orlando nightclub shooting in 2016. Meanwhile, Jay has also highlighted community members in his work, but more recently detailed his mother, Gloria Carter, coming out as a lesbian in the song "Smile," which he received the GLAAD Special Recognition Award for last year.

Meanwhile, in May, Madonna will receive GLAAD's Advocate for Change Award. It'll mark the first time that a woman will receive the honor.