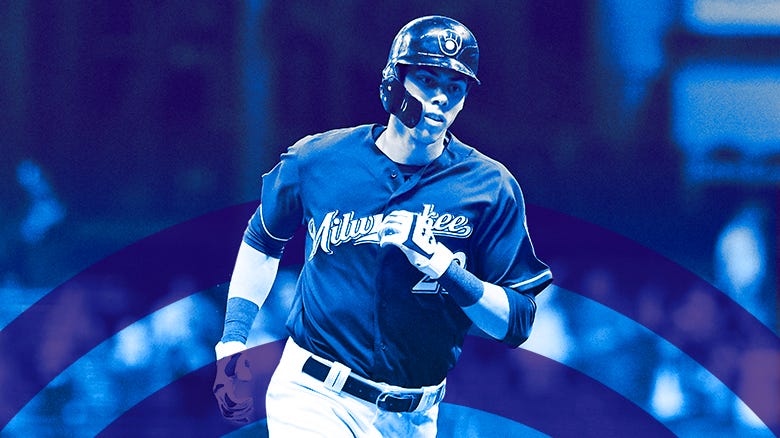 In the third episode of RADIO.COM Sports’ “Big Time Baseball,” co-hosts Josh Lewin and Jon Heyman discuss whether or not to buy into hot or slow starts and speak with Milwaukee Brewers manager Craig Counsell on the big numbers slugger Christian Yelich is putting up.

Yelich, the reigning National League MVP, has shown he is poised to defend that title with a major league-leading 13 home runs and 31 RBIs and a slash line of .330/.441/.802 through his first 25 games.

The outfielder has far exceeded expectations since the Brewers acquired him in a trade with the Miami Marlins before last season.

“I don’t think you think you’re trading for MVPs 'cause usually those guys aren’t available,” Counsell said. “We thought it was a really good left-handed hitter who’s gonna be in our lineup for five years. Really good defensive outfielder, and then it’s just a player coming into his prime. ... You don’t necessarily know all that can come of that or you don’t know what the ceiling is. But getting a 26-year-old guy that’s already spent three or four years in the big leagues, coming into his prime, is pretty exciting.”

Lewin and Heyman also dive into the altercation between Chicago White Sox shortstop Tim Anderson and the Kansas City Royals, as well as the up-and-down pitching from the New York Mets and struggles of Philadelphia Phillies ace Aaron Nola.

In addition to Counsell, they also bring on WEEI host Lou Merloni to discuss the state of the Boston Red Sox, including Chris Sale’s poor start, before wrapping up the episode with the latest on free-agent pitchers Dallas Keuchel and Craig Kimbrel.