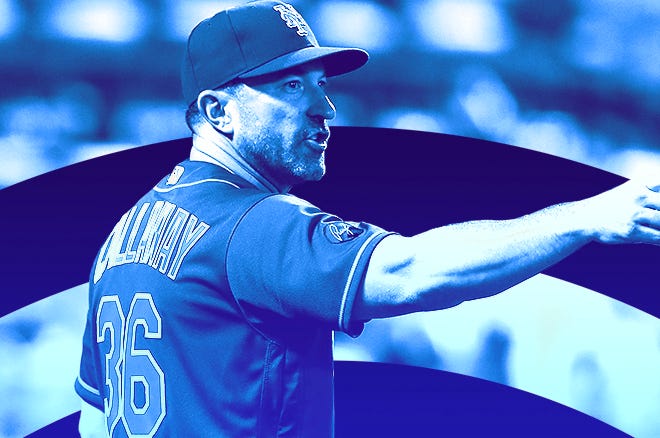 Is this the end for Mets manager Mickey Callaway? After the Mets got swept by the last place Marlins that question has been on the minds of both Mets fans and analysts alike.

In the most recent episode of RADIO.com’s Big Time Baseball podcast Josh Lewin and Jon Heyman talk about Callaway’s future with (and perhaps without) the Mets.

"Whether you want to call it dead man walking, which I've heard ... he's in a tough spot,” said Heyman. “It's obviously not really completely fair to Mickey Callaway…At this point it doesn’t look like he’s going to get a lot of time to continue as the Mets manager.”

Callaway is not the only manager on the hot seat. With the Mets playing the also-struggling Washington Nationals right now, the losing manager may be out of a job.

Lewis and Heyman also get into who Padres second baseman Ian Kinsler was yelling at when he used a four letter word after belting a three-run homer last week.

Tampa Bay Rays beat writer Marc Topkin also joined the crew to talk about the Rays hot start to the season and whether they’ll pull the trigger on signing the still available Dallas Keuchel or Craig Kimbral. Either pitcher would help, especially with Tyler Glasnow still out with injury, but the Rays may not need them. They currently sit a game back of the Yankees for the AL East lead and have the fifth best record in all of baseball at 27-17.

Download or stream Bigtime Baseball to catch that plus Heyman’s insider tidbits in Around the Diamond.