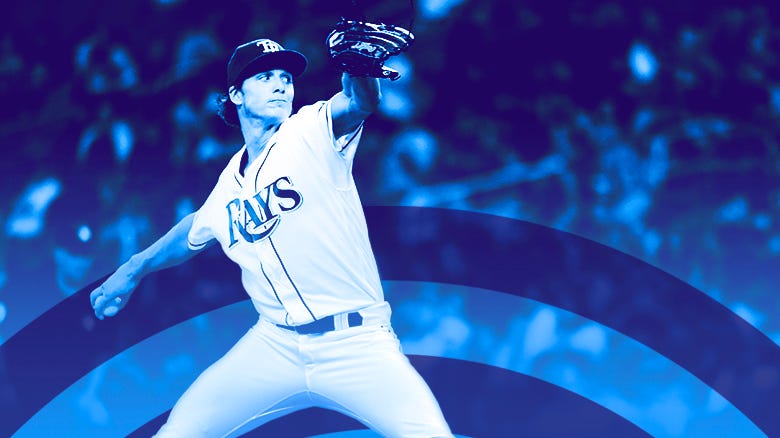 Austin Meadows, acquired along with Glasnow from the Pittsburgh Pirates at last year's trade deadline in exchange for star pitcher Chris Archer, and Brandon Lowe have powered an unheralded lineup.

"I should've learned my lesson. I never think they're going to be a playoff team, but they've been the best team in baseball through the first few weeks," said Heyman, an MLB insider for RADIO.COM Sports. "They draft and develop very well -- probably the best of all the American League teams. They make great trades. That Archer trade was a great one to get Meadows and Glasnow."

Lewin and Heyman also dive into the struggles of the Boston Red Sox, New York Yankees and Chicago Cubs, which include concerns about Cubs right-hander Yu Darvish.

Later, they are joined by Phillies television analyst Ben Davis and Mariners television play-by-play voice Dave Sims, before wrapping up the episode by breaking down the best games of the upcoming weekend.