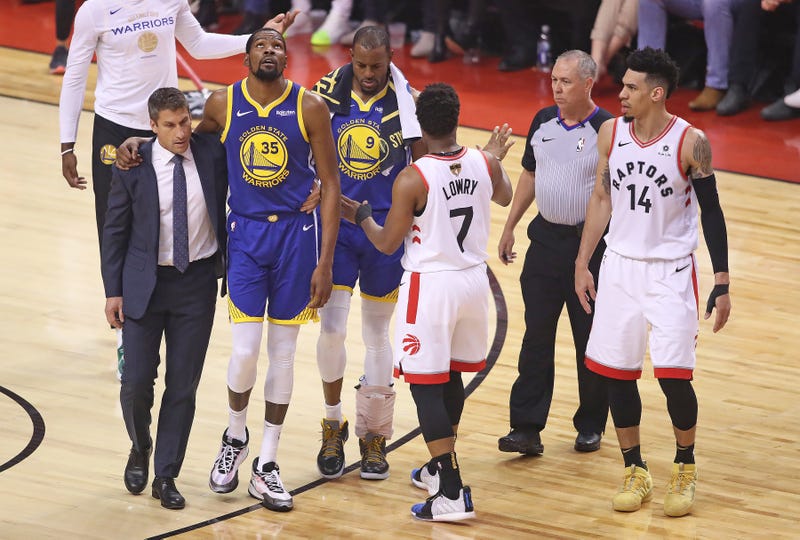 The Golden State Warriors and Toronto Raptors head back to California for Game 6 of the NBA Finals on Thursday, but much of the focus is surrounding the health of Kevin Durant.

In the most recent episode of RADIO.COM’s “Big Time Basketball” podcast, co-hosts Brian Scalabrine and Matt Steinmetz dissect everything from Game 5 of the NBA Finals, which Scalabrine called “the weirdest night I was apart of.”

The guys dig into Durant’s Achilles injury and whether or not he faced pressure to play when he was not 100 percent healthy and if Warriors GM Bob Myers really deserves the blame like he said in his emotional press conference.

“I worked for [the Warriors>,” Scalabrine said. “A top notch [organization> all the way. Bob Myers was my agent since 2001. I have known Bob since 2000 until now. He is one of the greatest human beings I have ever known.”

The two co-hosts also discuss the long road ahead for Durant while they take different sides on how they see his free agency playing out.

Scalabrine also predicts the Warriors to win Game 6 but for the Raptors to win the series back home in Toronto in a Game 7, unless Draymond Green can be the X-factor for the Warriors.