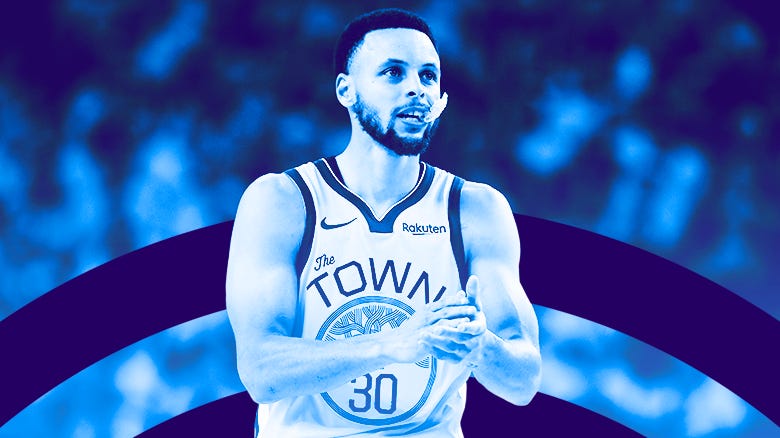 As the Golden State Warriors and Houston Rockets careen toward Game 5 of their classic second-round NBA playoff series Wednesday night in Oakland, tied at two games apiece, one of the major subplots of the series has been the subpar play of Warriors superstar point guard Stephen Curry.

Curry is shooting 39.5 percent from the field and just 26.1 percent from 3-point range (12-of-46) while averaging 21.3 points, 5.3 assists and 3.0 turnovers per game and occasionally struggling with foul trouble from trying to defend Rockets counterpart James Harden. He also has appeared hampered at times by a dislocated finger on his left (non-shooting) hand suffered in Game 2.

The latest episode of RADIO.COM's "Big Time Basketball" podcast asks the question: At age 31, is Curry slowing down? With the Rockets face-guarding him, is he failing to create the separation he needs to launch his trademark triples?

It appears so. But remember: Curry has a legendary work ethic to fall back on.

Host Matt Steinmetz also talks to Scalabrine about the Boston Celtics' woes in falling into a 3-1 series deficit against the Milwaukee Bucks and the ceiling for the Toronto Raptors, who went up 3-2 on the Philadelphia 76ers with a blowout victory Tuesday night.