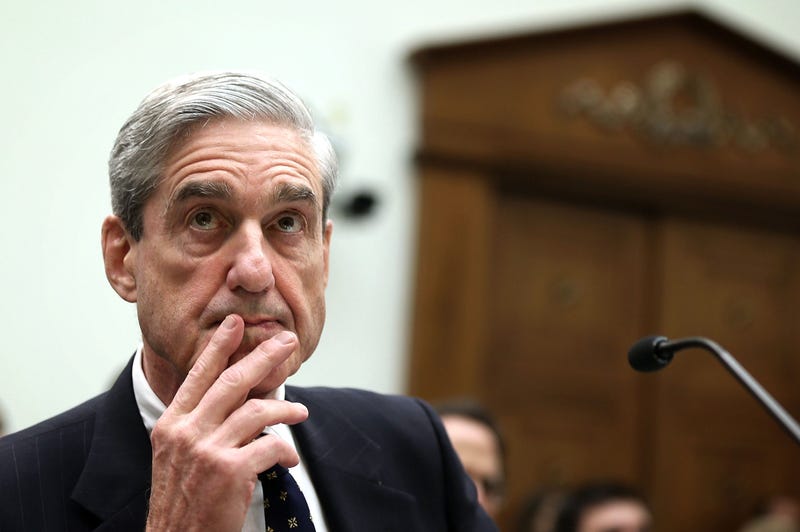 Today at 11:00 AM Attorney General Bill Barr releases a redacted version of Robert Mueller's two-year investigation into Russian hacking into the 2016 election.

Barr took the somewhat unusual step to hold a press conference prior to the release of the report. You can read his entire prepared statement here. In that opening statement he said five times some version of the phrase "there was no collusion"  by President Trump or the Trump campaign. With respect to charges of obstruction, Barr mentioned that the President was "frustrated and angered by a sincere belief that the investigation was undermining his presidency, propelled by his political opponents, and fueled by illegal leaks," and seemed to use that as a justification for the President's behavior throughout the process. He also noted that none of the redactions in the report occurred because of claims of executive privilege, however he did allow the President's personal counsel to review the redacted report before its release today.

UPDATE: You can read the full report here.

This is a breaking story that will be updated as it develops.