Wednesday night’s Billboard Music Awards brought out some of the best red carpet looks we’ve seen in 2019 with colors, ruffles, shimmer, and some skin in the game. We’ve rounded up several of the most striking outfits.

The "ME!" singer is pulling out all of the pastel stops recently, and her BBMAs look was no different. She strutted her stuff in a light purple outfit complete with ruffles, lace, and long sleeves. She even took a moment to pose with her kittens and Paula Abdul for the ‘gram.

I’m trying to give them a normal upbringing but when the little ones and I ran into the flawless @paulaabdul on the way to red carpet we STRAIGHT UP had to get a pic.

K-pop fan favorites, BTS, showed up on the red carpet looking put-together in their black ensembles. Most members of the group went for a more simple look while a couple went for more stand-out looks with patterned jackets. 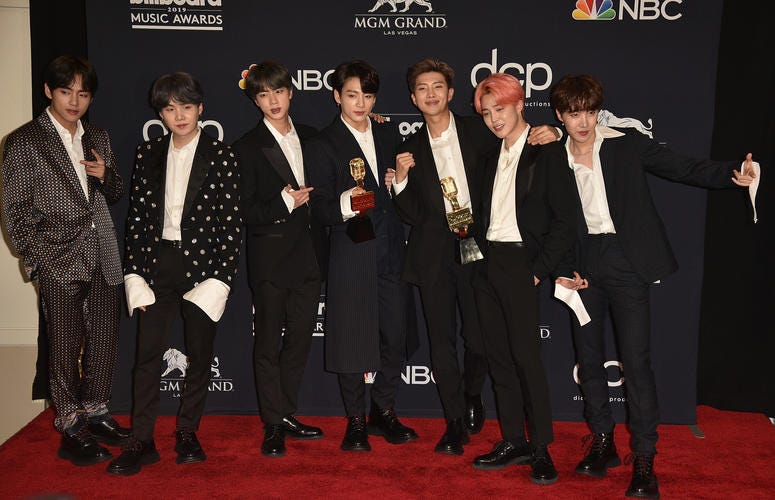 Cardi B and Offset

Cardi B was looking fierce in her yellow, two-piece gown. The top half features a bejeweled neckpiece while the long flowy, skirt included a high slit for some dramatic leg-showing. Cardi was quick to post her fire look to Instagram. She was accompanied by husband, Offset, who looked sleek in his all-black ensemble.

Hough showed up in a shimmery number consisting of sparkly, patterned booty shorts, a matching bralette, and an equally blinding cardigan. The look was finished off with some killer silver shoes.

I’m having the BEST time dancing my booty off at the #BBMAs!!! So happy to be representing @AGT and presenting Top Country Song! 😘😎💛💙 WOOOO!!!!

The newlywed "Game of Thrones" star turned heads on the red carpet in a silver jumpsuit with blue and green accents, complete with a zipper detail down the front and a belt accent at the waist. Little did we know, she would be replacing this outfit just a couple hours later for her white, bride ensemble! 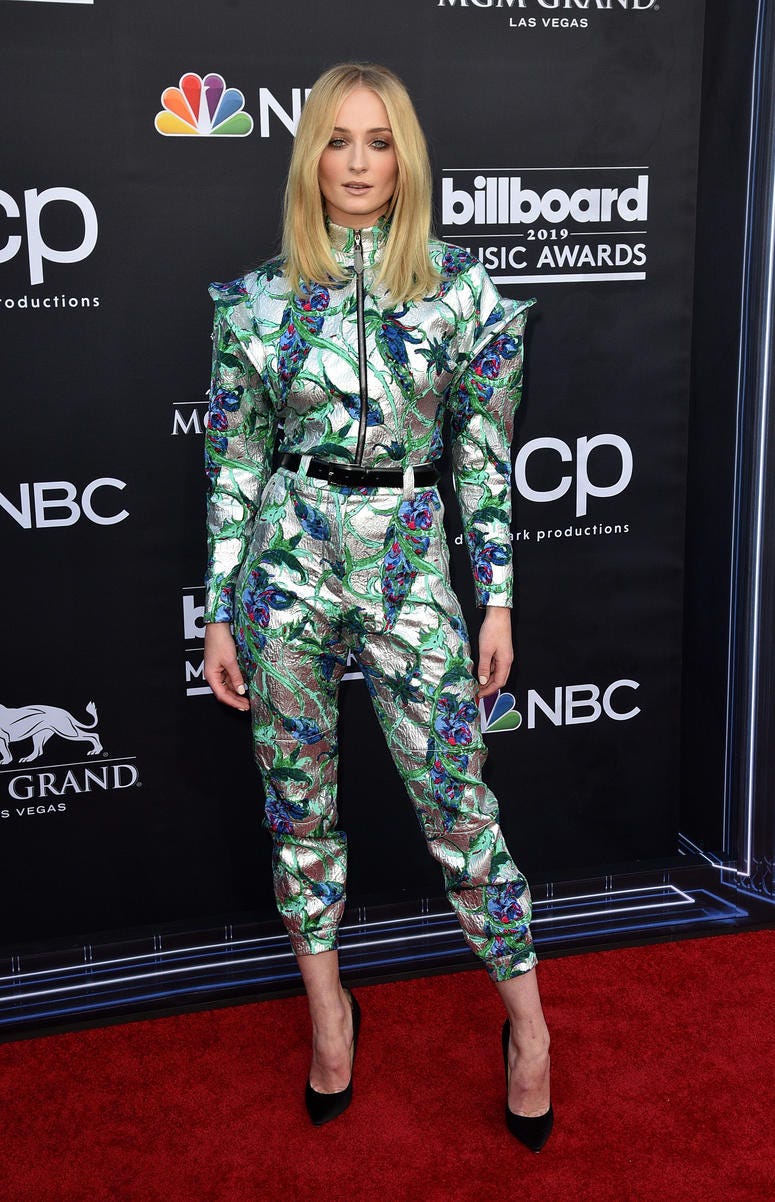 The “Level Up” singer’s look was certainly one for the books, and she sported arguably the best arm candy of the night – her son, Future Zahir Wilburn. Both were dressed to the nines, with Ciara in a floor-length, black gown with a sheer front and amazing shoulder and neck detail. Her son was looking fly in a gold, patterned suit.

That boy fresh 😎. #Versace. Hubby flew straight from practice and surprised me! I had no idea! My babies always bring me good vibes. #SoonSiennaWillBeAbleToSitStillFor3Hrs @DangeRussWilson #BBMAS  #ThinkinBoutYou #BTS

These two lovebirds were dressed to kill for sure. Chopra slayed in a shimmery gown with a plunging neckline, while Jonas stood by her side sporting a colorful suit-and-shirt combo that corresponded with the other JoBros in attendance.

Halsey made it hard to look away from her cobalt blue gown with black lace accents. The dress featured a high slit and a criss-cross detail in the torso. The songstress finished off the look with a dramatic, dark lip. 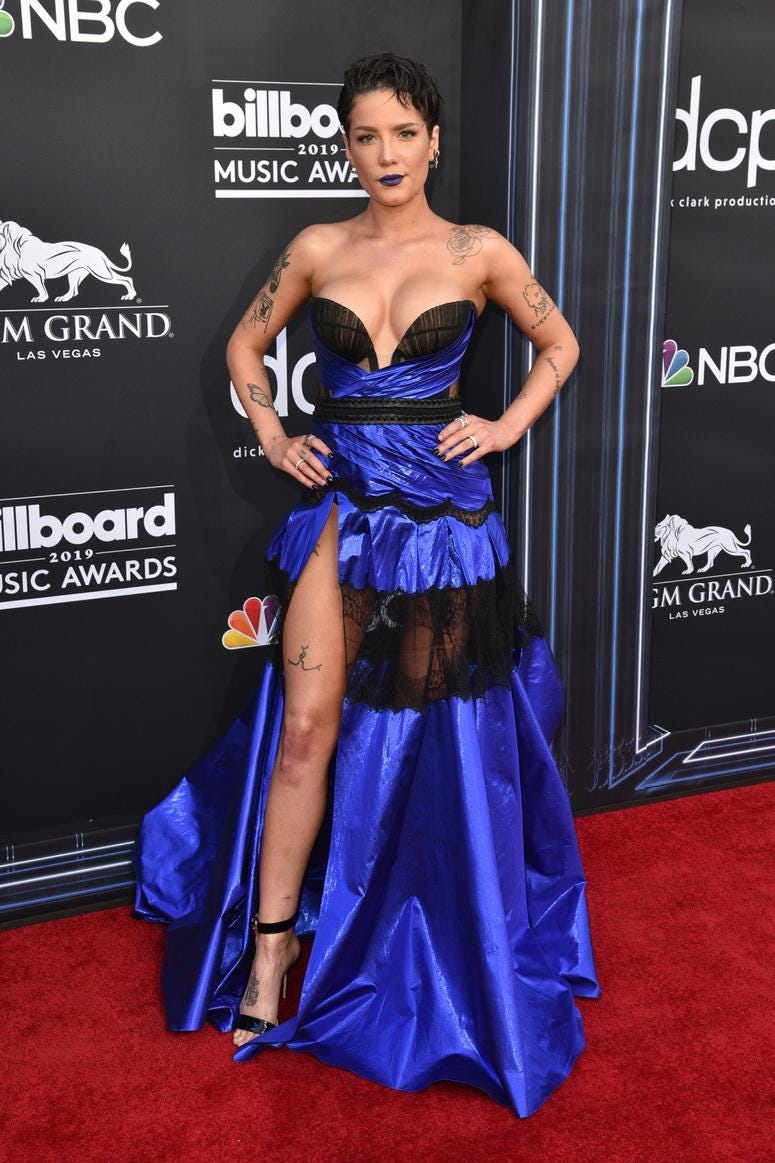