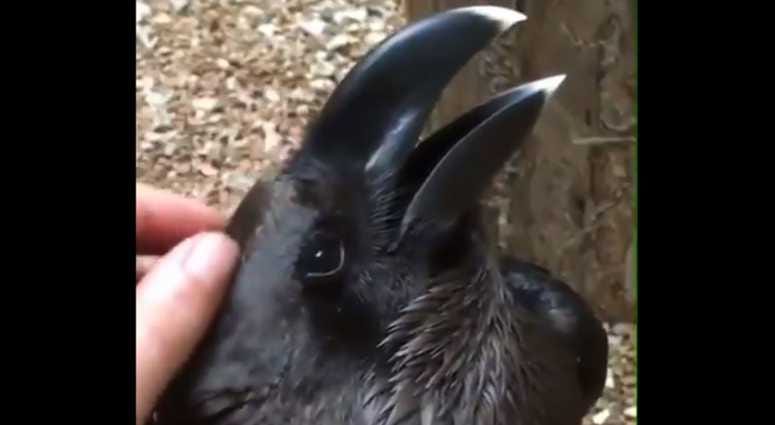 Well, another similar optical illusion brouhaha has emerged. But this time, it's whether a bird or a bunny is in a video posted by Daniel Quintana, a senior researcher at Norway's University of Oslo.

Rabbits love getting stroked on their nose pic.twitter.com/aYOZGAY6kP

“Rabbits love getting stroked on their nose,” he tweeted, along with the video.

He later told CNET, "I thought it was fairly clear that the video was of a bird."

“As you can see the translucent nictitating membrane sweep across the eye horizontally (rabbits don’t have membranes like this) and the positioning of the ‘ears’ are a little strange,” he said.

“I made the rabbit comment to prime readers into thinking it was actually a rabbit, to give it a fighting chance at least. When you only see the beak in your peripheral vision, it really seems like they’re ears. Without this misleading cue, I thought most people would have seen a bird.”

The idea was based off “the static bird/rabbit illusion” created by psychologist Joseph Jastrow in 1899  to prove the power of suggestion, Quintana said.

“The static bird/rabbit illusion is well-known within psychology and philosophy, so when I saw [the Imgur] video, I thought it would interesting to share it," Quintana said.