An 11-year-old blind golden retriever has found a new best friend in his very own seeing-eye dog.
Charlie was diagnosed with severe glaucoma and his owners, Alan and Chelsea Stipe, had to have his left eye removed in 2016. The following year, the right one had to be removed leaving Charlie completely blind.

Earlier this year, the couple decided to get Charlie a new buddy to help him around the house. Maverick, a four-month-old puppy, soon came into the picture and it wasn’t long before the two canines became good pals.

The Stipes say Charlie has learned to rely on Maverick for everything from walking and playing to even using him as a pillow. Awwwww. 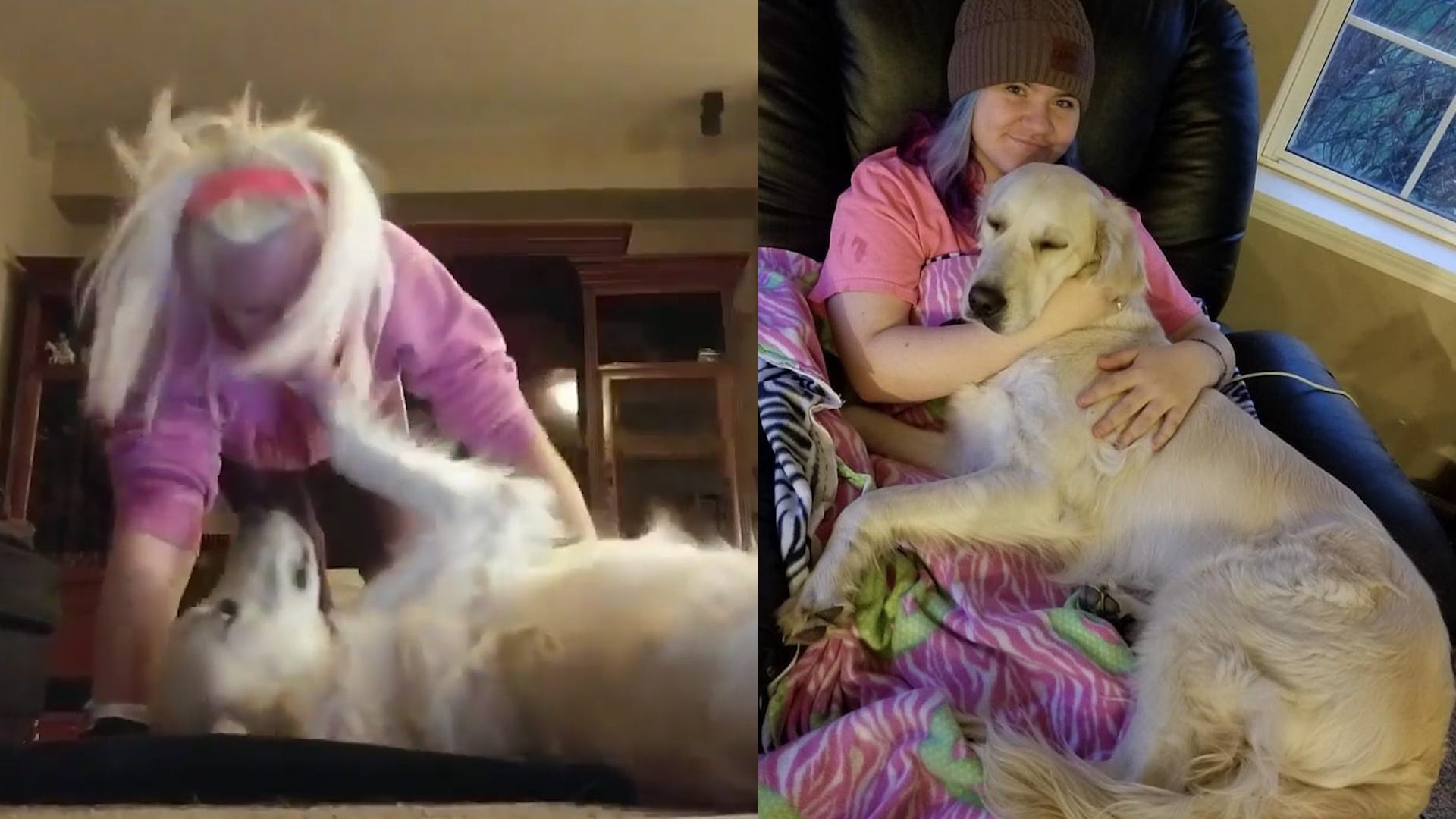 “When they would play, Maverick would realize that Charlie would lose the toy sometimes, so [Maverick> would pick it up and put it back in front of him to re-engage playtime,” said Chelsea Stipe.

Hello there! Charlie and Maverick here. Just a couple of happy pups. Charlie is almost 11 years old and Maverick is 4 months old. Charlie had glaucoma which led to his double enucleation (both eyes removed). Now, Maverick is here to help Charlie around and Charlie is trying to teach Maverick manners. 🤣 definitely a work in progress.

It wasn’t long after the Charlie and Maverick formed their close bond that the Stipes decided to create the dogs their own Instagram account.

The duo’s heartwarming friendship has definitely struck a chord, as they’ve already managed to acquire over 114K followers.

“We have definitely been overwhelmed with the response, but it’s such a good thing,” Chelsea added. “We love how positive the community is and how happy [the dogs> are making everyone.”