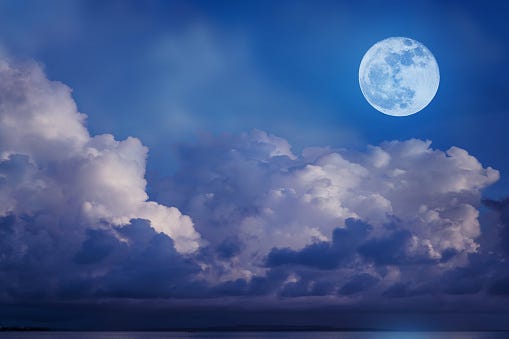 Another month, another intense moon to behold this weekend. And on Saturday comes the arrival of May’s rare Blue Flower Moon.

In general, a full moon in May is always referred to as the flower moon becomes of all the blooming plants. Unfortunately, the blue moon has nothing to do with color, as it typically refers to the having two full moons in the same month.

Then there’s what’s called a “seasonal” blue moon. According to astronomers, when a season has four full moons the third one is called the blue moon.

A typical season has three full moons, but this Spring, which runs from March 20 to the summer solstice on June 21, will have four.

You can catch Saturday’s Full Flower Blue Moon by looking up at the sky starting at 5:11 p.m. E.S.T.