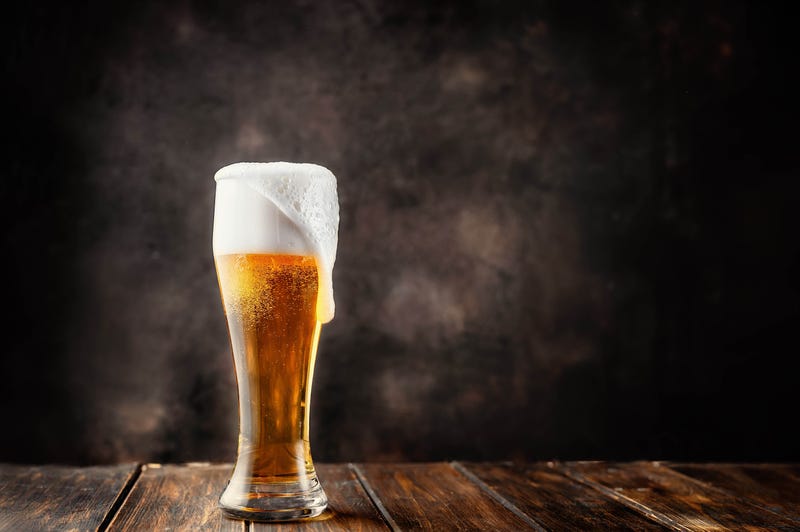 Brewing beer is a precise, scientific process best done in a controlled setting. An airplane crossing the Atlantic is definitely not that. But that’s where the most recent brew from Scottish brewery BrewDog was made. BrewDog founders Martin Dickie and James Watt partnered with British airways to make the high-altitude beer using the airplane’s coffee pots.

Called Speedbird 100, the beer is a hoppy, fruity IPA. The reason, Dickie said, is to make it more palatable when it’s consumed at 40,000 feet. “The key thing is that the bitterness and fruit flavors aren’t really affected by altitude, so we wanted to play on those two things and ramp up the sweetness.”

No airplane’s coffee brewing system is big enough to brew beer in industrial quantities, so this is obviously a bit of a stunt, but watching Watt and Dickie work in the plane’s galley should provide a bit of inspiration to creative home brewers.

The beer is going to be available on all British Airways flights starting on May 1 as well as in BA lounges, including the newest one set to open at New York’s JFK.

This is far from the first attempt at viral beer brewing from Dickie and Watt. BrewDog gained international notoriety almost a decade ago with End of History—a 55 percent alcohol beer served inside a taxidermied squirrel (yes, you read that correctly). And as Dickie said in a short video promoting the beer, “we’ve brewed beer on a train, on boats, in the back of a NASCAR (sic).”

On an airplane is obviously the next step in this evolution. Hopefully it tastes better than most of what you eat and drink on an airplane.