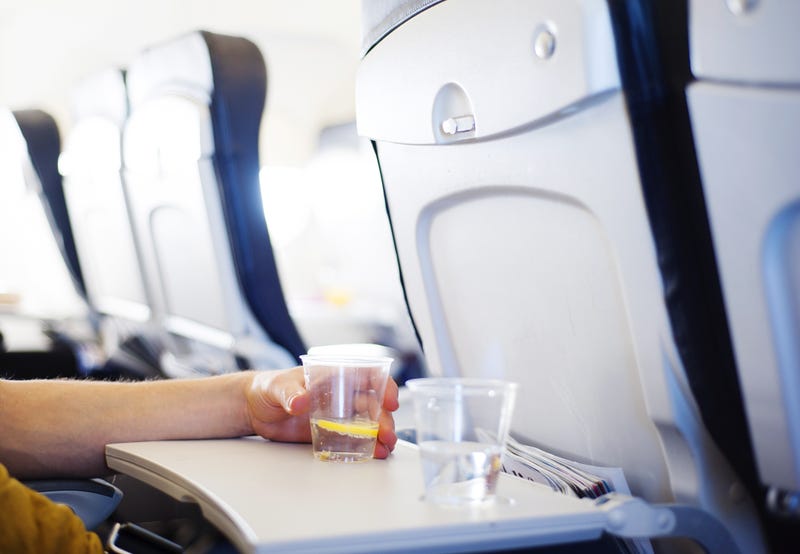 Dr. Charles Platkin, editor of Diet Detective and the executive director of Hunter College in New York City Food Policy Center at the City University of New York authored a survey which purports some of the water onboard isn't fit for human consumption.

"They have high levels of coliform which is an indicator they might have e-coli. And the EPA which regulates water on the aircraft is very lax in terms of penalties that it issues. It issues a lot of violations but not a lot of penalties."

Platkin says the water is trucked in from the local supply. "It's transported on a water truck and then it sits in a tank on the aircraft. In the past, before the aircraft drinking water rule, it wasn't even checked.

When they started doing testing in the galley and restroom, they found high levels of coliform and in turn, multiple instances of e-coli."

And that can be very unpleasant.   "When someone's on an airline and they have coffee or tea or wash their hands in the lavatory, they might notice get a little stomach ache or something might go wrong, and you'll know that's what the cause might be."

He advises you get your coffee or tea in the airport before takeoff. He also says bring some hand sanitizer with you to use instead of washing your hands after using the plane's restroom.

Ten major carriers were surveyed.  North Texas-based Southwest was fifth and American seventh.  Alaska and Allegiant airlines were at the top of the class, Jet Blue and Spirit at the bottom.