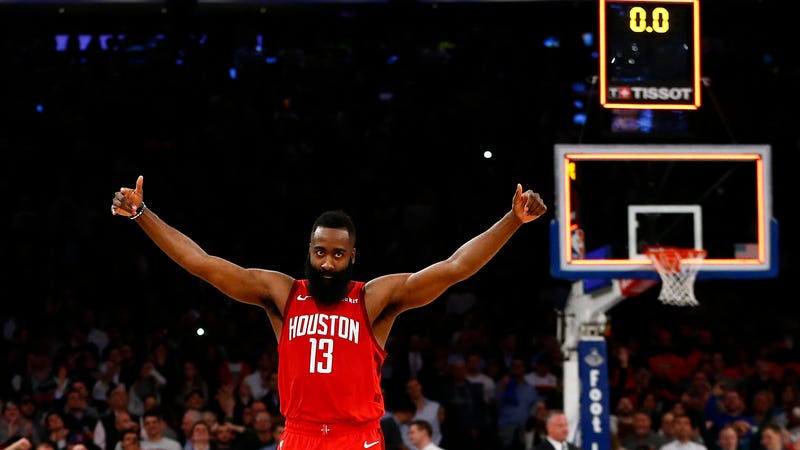 “Those are the lines he’s putting up. The only guy that has a longer 30-point streak in the history of the league is Wilt Chamberlain. It’s absolutely unbelievable.”

Chamberlain had three 30-point streaks that were longer: 25 games, 31, and, stunningly, 65. While Harden might not catch all of those – or any of those – he is still scoring at a historic clip.

Harden leads the league with 36.3 points per game – seven points higher than second-place Anthony Davis (29.3). The Rockets (27-20) are 15-6 during Harden’s 30-point streak and are now fifth in a crowded Western Conference.

“I’ve said Giannis (Antetokounmpo) is the MVP all year,” Kamla said of the Milwaukee Bucks superstar. “Most consistent dude on the best team – just dominant numbers. But Harden has taken it from him right now. This is what MVPs are supposed to do: put a team on your back – despite Clint Capela being out, despite Chris Paul being out – doesn’t matter. Harden is dropping 50 every night and they’re winning most of these games.”

But will Harden’s play translate to the playoffs? Can we pencil the Rockets into the Western Conference Finals?

“I don’t think it’s that easy,” Kamla said. “Let’s not forget that James Harden is the Tony Romo of the NBA playoffs. He is a noted choke artist in the playoffs. So what he’s doing right now is mind-bogglingly historic, but it’s the regular season. If you’re going 45, 8, and 9 in the playoffs, okay, then he translated this. I would bet against him translating this level of play to the playoffs. It’s just not how his career has gone.”