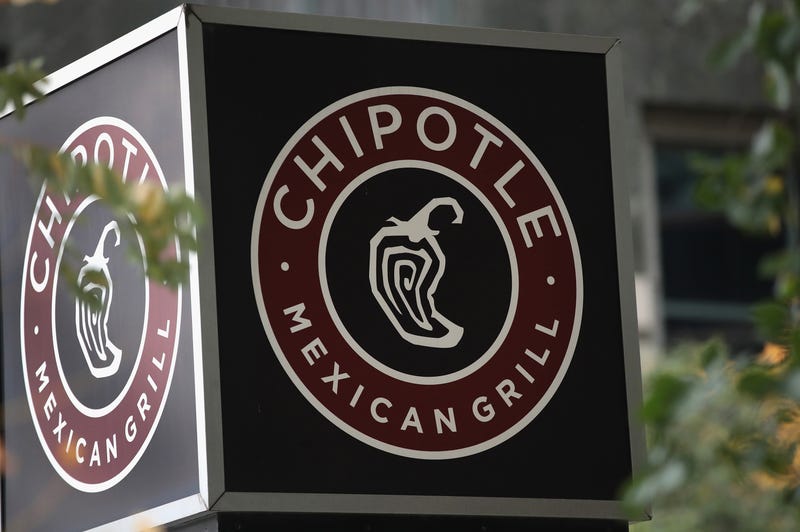 First Taco Bell announced they would be giving away free tacos during the NBA Finals and now Chipotle is getting in on the complimentary feeding frenzy.

The way it will work is that anytime during the series an announcer says the word “free”—as in free throw or free agent —Chipotle will “freet” (aka tweet) out a code that can be redeemed for a burrito or another regular priced entrée.

There are a couple of stipulations. The promotion will be limited to only the first 20 mentions of the word ‘free’ per game. After that, hungry fans will have to wait until the next game to resume the giveaway.

Also, you are only allowed one burrito per person throughout the entire series and it must be redeemed by July 14th.

However, there is a consolation prize if you miss out on all ‘freeting’ burritos. Chipotle is offering free delivery for all orders over $10 that are made on the Chipotle app, Chipotle.com and DoorDash from May 30 through June 9th, as well as on June 10th, 13th and 16th if the series continues past game 4.

“We know that basketball fans are some of the most passionate fans in sports, so we’re putting even more, about one million dollars more, on the line," the company said in a press release. “Chipotle has never been easier to access and with Chipotle delivery, you never have to choose between basketball and burritos again.”

So, follow @ChipotleTweets, be on alert for the word “free” while watching the games and bon appétit!

music
7 current artists contributing to the rise of Hyperpop
music
Meghan Markle is ‘saddened’ by ‘attack on her character’ after being accused of bullying royal staff
music
10 most memorable music moments from ‘Grey’s Anatomy’
music
7 of the best rap performances at Coachella
sports
White Sox coach’s handwritten lineup cards are works of art
music
Tim Allen reflects on serving two years in prison for drug arrest in his 20s: ‘I had so much shame’