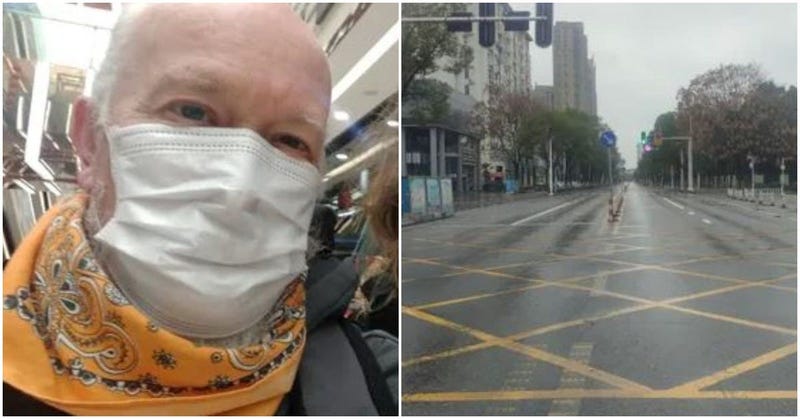 American English teacher John McGory has been stuck in Wuhan, China for the last two weeks since his planned departure.

Originally from Youngstown, Ohio, McGory has lived and worked in Wuhan for the last six years, recently finishing a book.

He spoke with In-Depth about what it's like being quarantined in the city and waiting to jump on the next available plane out.

McGory had just finished his going-away party. He was out walking on campus with friends, and they were told they would not be allowed to leave due to the coronavirus outbreak.

Because McGory had recently filed an extension to stay, he didn't have his passport, so essentially, he lost his spot on the plane provided by the U.S. State Department for Americans to evacuate.

He says he's hoping to be released soon and is intending to visit family in San Diego.

McGory talks about his friends from Wuhan who've lost loved ones, and his fear of flying back to the U.S. on a plane, filled with passengers from Wuhan. McGory and the other passengers will likely face another quarantine upon arrival to the U.S.

He says keeping Wuhan locked down may not be pleasant, but he believes the Chinese government is doing the right thing to keep people safe.

About 1,000 Americans are being held in Wuhan, a city of 11 million in central China.

The city is one of more than a dozen under tight lockdown as the government hopes to contain the virus, which has killed 133 people in China, and 11 others in the U.S.