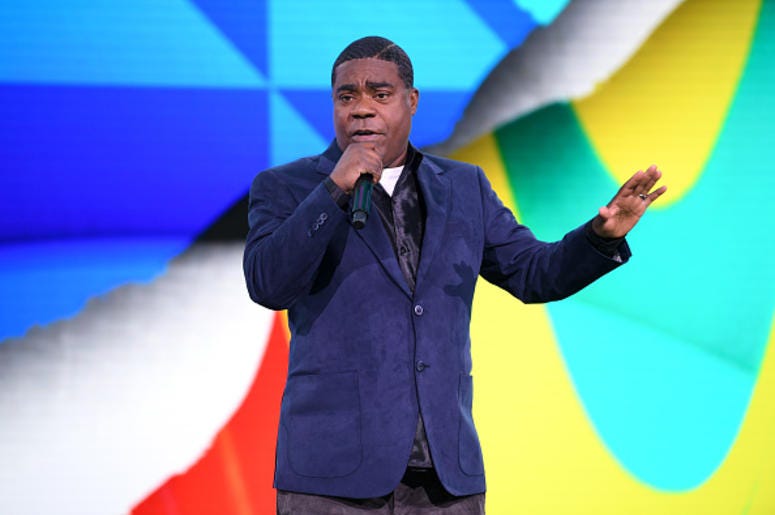 Tracy Morgan became unhinged after getting into a car accident in NYC on Tuesday.

The 50-year-old had just bought the car he was driving - a $2 million Bugatti Veyron.

At around 1:37 p.m., woman in a Honda CRV made a last-minute right turn from the left lane and slammed into Morgan’s newly-purchased car at 42nd Street and 10th Avenue in Manhattan, police and witnesses told the NY Post.

In a video obtained by the newspaper, the enraged comedian can be heard saying “b*tch get out the car,” while banging on the passenger-side window of the Honda.

Despite Morgan being visibly upset, police said the woman was not charged.

Thanks for any concern but I am totally fine. My NEW CAR? We shall see. Love you all.

Morgan was reportedly treated at the scene in an ambulance before leaving with a friend.

Although a witness claimed the comedian’s “left hip was hurting him,” the former "30 Rock" star assured fans he was doing well.

“Thanks for any concern but I am totally fine. My NEW CAR? We shall see. Love you all,” he tweeted.

Morgan’s Bugatti is also allegedly back at the dealer and being assessed for damages.

On June 7th, 2014, Morgan wound up in intensive care after a Walmart truck struck his Mercedes minibus in New Jersey. The six-vehicle accident resulted in the death of Morgan’s friend, fellow comedian James “Jimmy Mac” McNair.

It was revealed that the driver of the truck had not slept in over 24 hours.

He later documented his ordeal into his 2017 Netflix comedy special "Staying Alive."