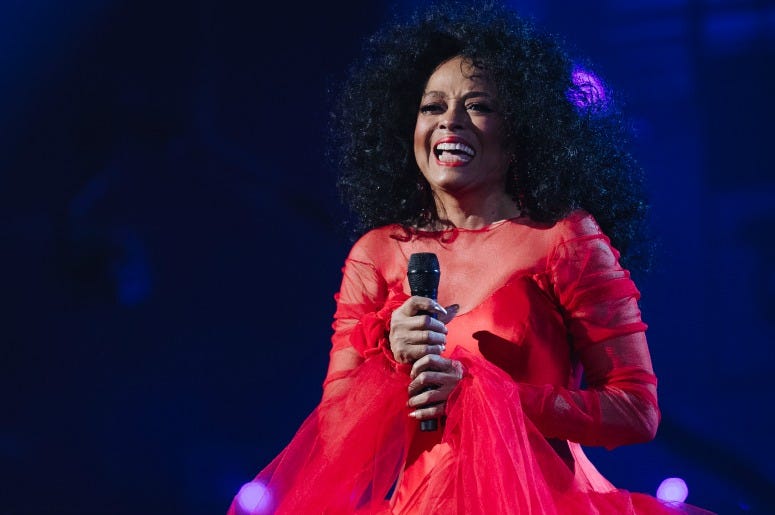 Ms. Ross, the headline act on the Gentilly Stage, had no complaints about the crowd and nothing but praise for the festival itself. "I love New Orleans it was an incredible night at the jazz fest," she tweeted.

But, she apparently did not enjoy her experience at Louis Armstrong International Airport.

Its not what was done but how , I am feeling violated - I still feel her hands between my legs , front and back ( saying to me it her job ,) WOW!!really mixed emotions I always like to see the good things but not feeling good right now

Her latest Tweet seemed to indicate she's recovered from the incident.

The Transportation Security Administration says that while it appears agents followed the rules, officials will further investigate a pat down as she was leaving New Orleans that left Diana Ross feeling "violated."

In a statement the agency said, "TSA will continue to investigate the matter further."

Officials, however, insist that it appears everything was by the book. "TSA is committed to ensuring all travelers are treated with respect and courtesy. TSA is aware of concerns presented by Diana Ross about her screening experience at Louis Armstrong New Orleans International Airport," the statement reads.

TSA says their initial review of video indicates that the officers correctly followed all protocols.

"We encourage Ms. Ross to reach out to TSA so we can further explain our procedures, designed to protect travelers from a persistent threat."

This morning Ross followed that with a message of love.