San Francisco
Dozens of arrests came around the city as night fell Sunday on a largely-peaceful protest outside of San Francisco City Hall.

In a statement, San Francisco Police say an order to disperse due to an unlawful assembly "was met with defiance, thrown bottles and trash fires." Police say they've made approximately 80 arrests in the Market St., SOMA and Union Square areas for "violations of the curfew order or looting."

"Demonstrations in San Francisco were overwhelmingly orderly and peaceful today, and SFPD officers were proud to help facilitate these in a way that protected the First Amendment rights and safety of all who took part," Chief Bill Scott said.

Almost 3,000 protesters called for change outside of City Hall after marching up Market St. More than 100 San Francisco Police officers, clad in riot gear, guarded the building. An event, which included a number of impassioned speakers, dispersed shortly before the city’s curfew kicked in at 8 p.m. A few hundred protesters remained, taunting police.

Later, the protesters set off fireworks before dispersing.

The same group is planning another event Wednesday at Mission High School.

The Powell and Civic Center BART stations were closed early Sunday evening due to reports of "civil disturbances." The system shut down at 9 p.m., as it has done throughout the shelter-in-place.

A large fire near Lake Merritt in Oakland is under control. It reportedly happened at a 16-unit apartment building on Lee St. just after 12 a.m. Monday. There's no word on any injuries, how the fire started or whether it is related to the ongoing unrest in the area.

One woman was shot in the arm during looting in downtown Walnut Creek early Sunday evening, reportedly by another looter.

KCBS Radio’s Tim Ryan witnessed evidence of looting at dozens of stores and was following several groups in the area, one of which with about 200 people went through downtown breaking windows and stealing merchandise around 5 p.m. Sunday. The incidents led to an enormous police presence with officers in riot gear, including help from several neighboring communities.

An immediate curfew was announced by Walnut Creek at 6 p.m.

Danville has announced an immediate curfew, effective until 5:30 a.m. Monday. Due to the looting and violence that is occurring in Walnut Creek, the community declared a State of Emergency due to civil unrest. Residents are asked to stay at home during this time.

See a list of all Bay Area cities under curfew here. 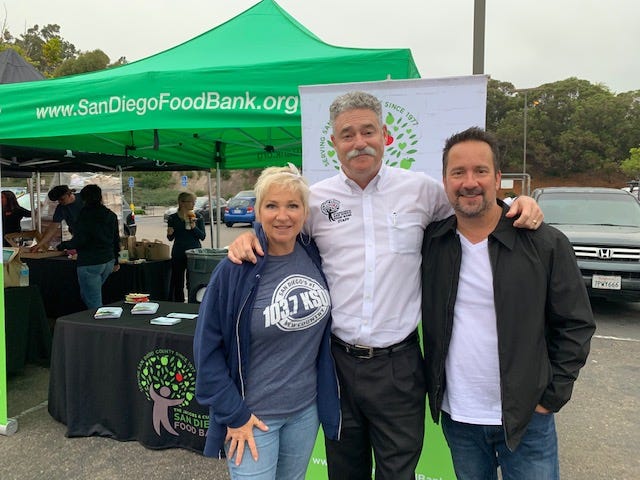 Alameda County Sheriff's Department issued a warning asking residents to stay home because of unrest in Alameda County and throughout the East Bay.

We're following looting at Bayfair Center in San Leandro, even reports of shots fired. Looting has also taken place at the Newpark Mall in Newark. All five entrances leading to Stoneridge Mall in Pleasant Hill are closed as police investigate credible reports of looting.

Dublin Police are asking residents to stay home tonight in a tweet, saying they have a significant presence on the streets.

There were numerous incidents of looting in Emeryville and Oakland during Saturday night unrest.

BART stations in Lafayette, Walnut Creek, Concord and Oakland are all closed due to "civil distrubance." The system shut down at 9 p.m. Sunday, as it has been doing throughout the shelter-in-place. AC Transit announced temporary suspension of service in Oakland, several lines are rerouted in Fremont and Richmond.

We are temporarily suspending several bus lines, through midnight Monday, June 1, due to demonstration roadblocks. Bus lines in Richmond and Fremont continue to operate. Updates at https://t.co/aehrrCfhzK

A Oakland Zoo spokesperson confirms to KCBS Radio that no animals are unaccounted for and all are safely secure in the facility. This follows earlier reports to the Alameda County Sheriff’s Department claiming a tiger was on the loose near the zoo.

Santa Rosa
Santa Rosa Police have declared an unlawful assembly following reports of violence, vandalism and assaults on officers. Protesters are being asked to leave the Courthouse Square area.

A protest was moving between Courthouse Square and Highway 101 in the downtown area. Santa Rosa Police asked people to avoid traveling on surface streets and Highway 101 through downtown. A group was able to get on to Highway 101 on Saturday night.