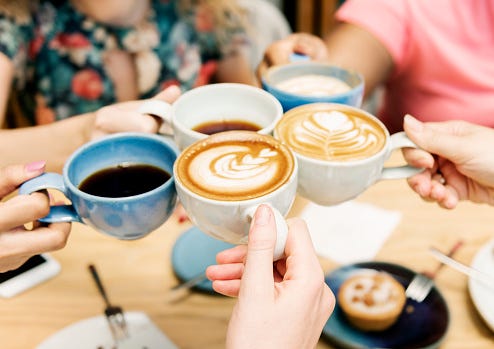 Go ahead and have that 25th cup of coffee!

A new study done by scientists at Queen Anne University of London claims that drinking large amounts of coffee - even 25 cups a day - won’t have a detrimental effect on your heart.

This is in sharp contrast to previous studies which found that throwing back the caffeine beverage could lead to stiffening of the arteries and increase the chance of having a stroke.

Drinking coffee might keep us up at night, but new BHF-funded research presented at @BritishCardioSo annual conference has found coffee may not as bad for our heart and circulatory system as previously thought. #BCS2019 https://t.co/CSp2tI1jdY

Scientists working on the study analyzed 8,412 people who were divided into three groups: those who drank less than one cup of coffee, those who drank between one and three cups, and those who drank more than three. On the extreme end, there were some who said they drank up to 25 cups a day, but they were excluded from the study.

Heart scans were then administered to each of the participants in order to draw the conclusions.

"What we found was that drinking more than three cups of coffee a day did not significantly increase the stiffness of blood vessels compared to people who drink one cup or less a day,” lead researcher Kenneth Fung told CNN.

The heaviest drinkers in the study drank an average of five cups of coffee a day.

Fung added: “We would like to study these people more closely in our future work so that we can help to advise safe limits.”

So, while guzzling down 25 cups of coffee appears to be ok for your heart, no word on its effect on your co-workers!