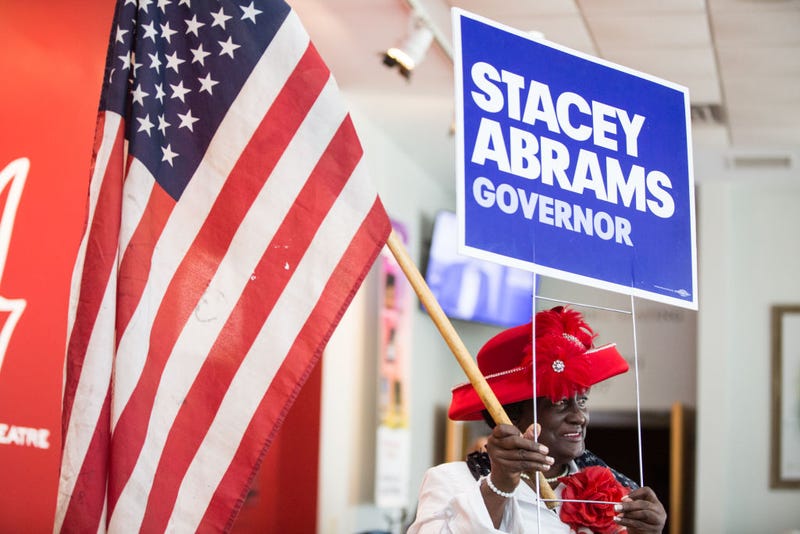 Thirty-six governor’s seats are up for election this year. While Republicans currently hold two-thirds of the governor’s mansions across the country, 26 of the seats on the ballot are Republican-held, meaning that Democrats have an opportunity to make big gains.

Democrats pulling out ahead

In Wisconsin, incumbent Republican Gov. Scott Walker is facing a tough re-election race with at least two polls putting his opponent Tony Evers slightly ahead. Walker already survived a recall election in 2012, and Trump approval ratings are sagging, which is seen as an indicator that the candidate of his party (Walker) could stand to suffer as well.

Much of the governor’s map looks promising for Democrats -- with at least one exception. Democratic incumbent Gov. Kate Brown of Oregon has struggled to eke out a sizeable lead against Republican candidate Knute Buehler, and so this race is rated as a toss-up, in spite of the fact that Oregon is a deep blue state. The last time a Republican was elected to the governor’s mansion in Oregon was in 1982, so if Buehler wins, it would be one for the history books.

In another blue state, Connecticut, Democratic candidate Ned Lamont has taken the lead over Republican Bob Stefanowski according to some polls, although this race is still largely seen to be a toss-up.

Georgia is another open race as incumbent Gov. Nathan Deal is term-limited and has proven to be one of the most hotly-contested races this election cycle. Republican and current Georgia Secretary of State Brian Kemp will face Democrat Stacey Abrams, the first African-American female to win a major party’s nomination for governor. Most polls suggest that this red state will remain so, while others rate it firmly as a toss-up. Kemp has fallen at the center of allegations that he is purging voters from the rolls -- particularly voters of color -- in his position as Secretary of State. It is unclear whether this will serve to inspire non-voters to cast a vote against him, or if it will simply undercut Abrams’ chances at winning.

The governor’s race in Florida is also potentially history-making. While the race for the governor’s mansion in this purple state is rated as a toss-up across the board, at least one poll suggests that Democrat Andrew Gillum has taken the lead against his opponent, Republican Ron DeSantis. Gillum already made history defeating heavily favored Gwen Graham in the Democratic primary and becoming the state’s first African-American gubernatorial nominee. The race has also largely become a referendum on Trump versus his predecessor, as Trump has backed DeSantis, while Gillum has been endorsed by former President Obama, as well as 2016 presidential candidate Bernie Sanders.