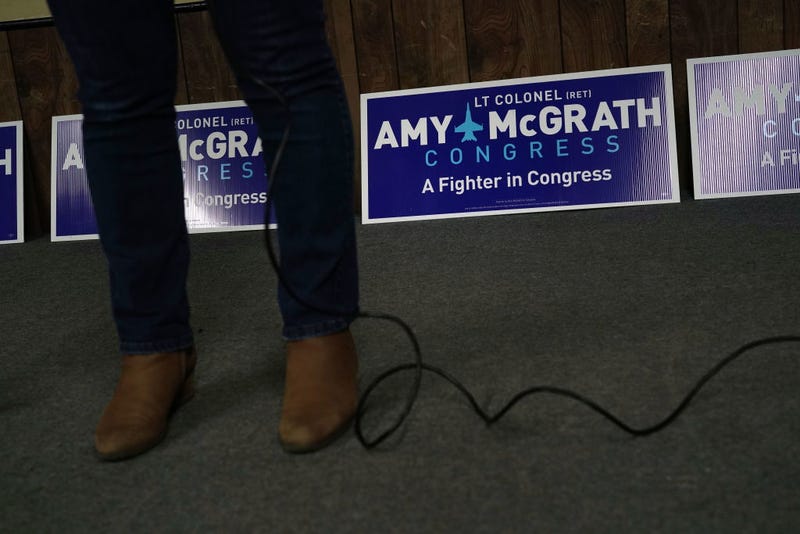 Election Day is around the corner and 69 House races are still seen as competitive.

According to data from Cook Political Report, an "an independent, non-partisan newsletter that analyzes elections and campaigns for the US House of Representatives, US Senate, Governors and President as well as American political trends," 29 of these -- 28 seats currently held by a Republican and one by a Democrat -- are toss-ups. But all 435 Representatives are up for election.

The tightest races are spread across the country, including several open seats and a number of districts where the incumbent is facing a tough re-election.

As of Oct. 30, Cook has shifted two races that were solid Republican to likely, and two likely Republican to lean, meaning the race is looking even tighter for the GOP.

The following races are considered toss-ups by Cook (as of Oct. 30).

In the 115th Congress, the GOP holds the majority in the House: 235 Republicans to 193 Democrats; there are also seven vacancies. Democrats need to pick up 24 seats in order to take control of the House and the math is currently in their favor. There are more seats currently held by Republicans that are leaning Democrat than vice versa. But that still wouldn’t quite be enough to take a majority. Democrats would also need to hold onto all the seats they currently have and pick up at least six of the Republican-held seats that are rated as toss-ups.

In California alone, there are five Republican districts that are currently rated as a toss-up. These include California’s 39th, where incumbent Ed Royce is retiring, leaving a seat open in a district where Hillary Clinton won by nine points in 2016. Democrat Gil Cisneros will face Republican Young Kim. If Kim wins, she would be the first Korean-American woman elected to Congress.

Meanwhile, Republican incumbent Rep. Dana Rohrabacher of California’s 48th district has served 15 terms in Congress, first running in 1988. But Rohrabacher’s ties to the Kremlin have drawn scrutiny from his colleagues and constituents alike. He is neck-and-neck with former Republican Harley Rouda, who is running as a Democrat.

Rep. Andy Barr is facing a tough re-election race in Kentucky’s 6th district. On Nov. 6, he’ll face Democrat Amy McGrath, a Marine Corps veteran and fundraising powerhouse. While there are more registered Democrats than Republicans in this district, Trump won several of the counties in 2016. This is expected to be a close race.

Republican incumbent Rep. John Faso of New York’s 19th is facing Democrat Antonio Delgado. This district is an interesting one, as Obama carried it twice, but then Trump took it in 2016. The race is widely rated as a toss-up.

Another vulnerable incumbent Republican can be found in Texas’ 7th district. Rep. John Culberson is facing Lizzie Fletcher in a race that could be seen as a referendum on Trump, as the president lost the district to Hillary Clinton by 1.4 points in 2016. A Republican loss could signify increasing disillusionment with the president and his party.

In Florida’s 26th, incumbent Rep. Carlos Curbelo is a moderate Republican in a Democratic-leaning district. He will face Debbie Mucarsel-Powell, an Ecuadorian immigrant, who’s run much of her campaign on opposing Curbelo's vote to repeal the Affordable Care Act. Hillary Clinton won the district by 16 points in 2016, so it should be no surprise that this race is rated as a toss-up. It remains to be seen whether Curbelo’s moderate credentials will be enough to hold onto his seat.

First-term incumbent Rep. Brian Fitzpatrick of Pennsylvania’s 1st District may be an example of a case in which redistricting could be in the Democrats’ favor. Fitzpatrick will face Democrat Scott Wallace to represent this new district, which will now include a more Democratic area that went to Clinton in 2016. This race is a toss-up that could very well go blue.

Incumbent Rep. Lynn Jenkins is stepping down in Kansas’ 2nd district. First-time candidate (and first-time voter on the day he announced his candidacy) Steve Watkins is the Republican candidate. He will face Democrat Paul Davis, who served as minority leader of the state House from 2009 to 2015 and ran for governor in 2014. This is yet another toss-up that will pit a well-known Democrat against the Republican incumbent.

Incumbent Rep. Bruce Poliquin holds the title of being the last remaining House Republican in all of New England. Maine’s 2nd district voted for Trump in 2016, but for Obama in 2012. Democrat Jared Golden is Poliquin’s opponent and has tapped into a platform that seems popular with residents of the district, going to the right on issues such as gun control and leaning left on others. This race is rated a toss-up.