PHILADELPHIA (KYW Newsradio) — The final ratification of the 19th Amendment turned into an unexpected cliffhanger, and the deciding vote surprised everyone who was watching.

It took place in the Tennessee Legislature on Aug. 18, 1920 — exactly 100 years ago — a vote that wouldn’t even have been necessary if Delaware had behaved as expected and ratified it that spring.

“They were so certain of victory in Delaware,” said Mary Walton, biographer of the New Jersey suffragist Alice Paul.

The Delaware Legislature had convened in March, just after Washington became the 35th state to ratify the amendment. The First State could have become the clinching vote.

Prominent suffragists Mabel Vernon and Florence Bayard Hilles hailed from Delaware, and its progressive governor was pushing for passage.

Lobbyists from both sides understood what was at stake and poured into Dover. Ultimately, the anti-suffragists prevailed. The Delaware House rejected ratification in April, and the state Senate adjourned without voting on June 2.

That left Tennessee as the only hope — which seemed like a long shot. Most southern states were adamantly opposed to the 19th Amendment, fearing the new legions of Black female voters would shift power from Democrats to Republicans.

And, Tennessee was cozy with the liquor industry, which, Walton said, hated suffragism.

“They calculated that if women got the vote, they would vote for Prohibition,” she explained.

On the eve of the vote, things seemed to go as predicted, with the two sides tied.

“There was a motion to table the ratification measure, and it tied,” said Walton. “The motion on the ratification vote itself was the next day, and if that were a tie as well, it would fail.”

Legislators arrived the next day in what National Constitution Center Exhibit Director Elena Popchock describes as a War of the Roses.

“They were wearing either a yellow rose in support of suffrage, or a red rose for anti-suffrage,” she said.

Suffragists filled the spectator area, even though the vote was thought to be a foregone conclusion — a tie, and defeat.

The roll call began. It got to the legislature’s youngest member, 24-year-old Harry T. Burns, who voted to table the measure the night before — which everyone thought meant he would vote against the amendment.

“What people didn’t realize is he had just received a letter from his mother saying, ‘You better vote yes on ratification,’ ” Popchock said. 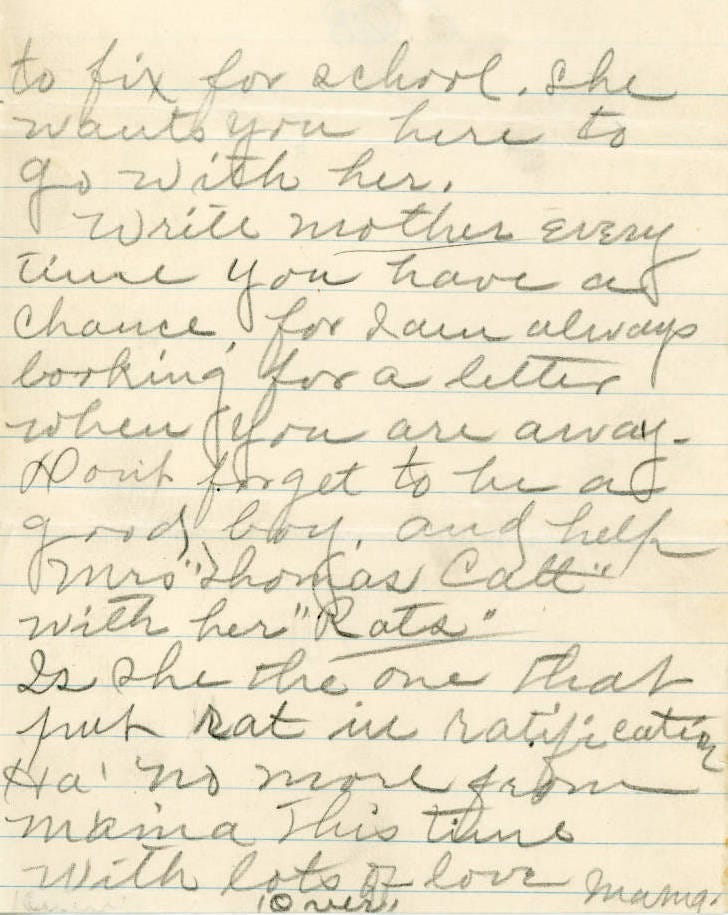 In fact, Febb Burns mentions the amendment twice in her seven-page letter — amid gossip about family and neighbors.

“Hurrah and vote for suffrage and don’t keep them in doubt,” she said early in the letter. Toward the end, she added, “Don’t forget to be a good boy and help Mrs. ‘Catt’ with her ‘Rats’ ” — a pun referring to suffragist leader Carrie Chapman Catt seeking “rat”-ification.

“It turned out that letter convinced him to vote yes,” Popchock said. 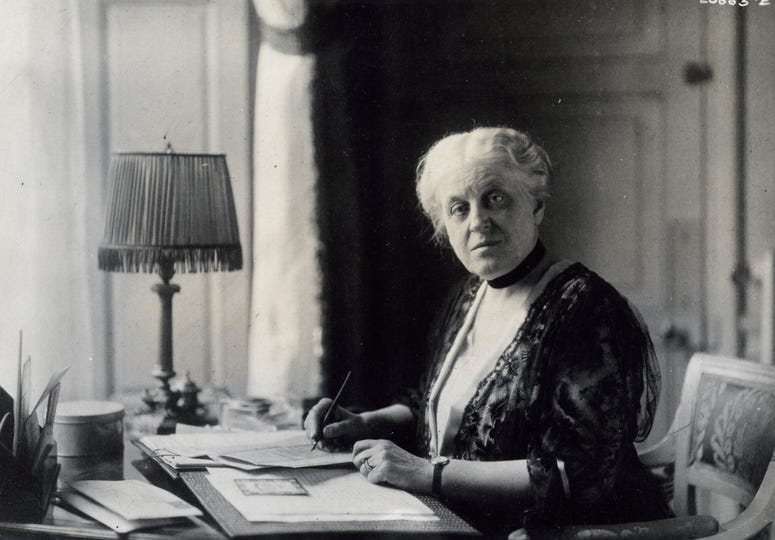 When Burns raised his hand and voted “yea,” pandemonium erupted, according to Walton.

Febb Burns’ letter to her son, envelope and all, has been preserved for 100 years. It is part of the Calvin M. McClung Historical Collection, in the Knox County Public Library.