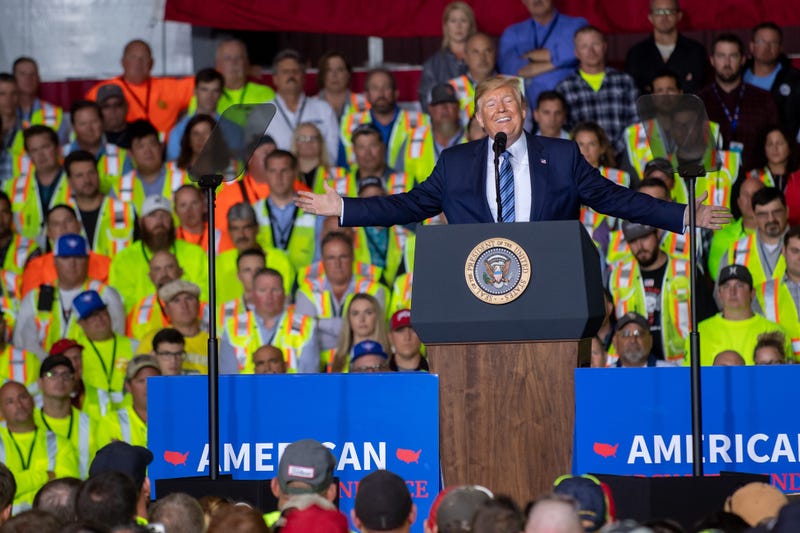 President Donald Trump sat down with Rich Zeoli, host of The Rich Zeoli Show on Talk Radio 1210 WPHT Philadelphia, for an exclusive conversation from The Oval Office. The President discussed impeachment, the 2020 election, and the historic United States Mexico Canada Agreement which he said is at risk of dying because of Speaker Nancy Pelosi’s inaction.

“Nancy Pelosi is incompetent; she has no idea what’s going on. We’re going to end up losing Mexico and Canada. They’ve been waiting for months, they call me ‘sir, when is this going to happen?’ It’s up to one person: Nancy Pelosi, Speaker of the House. She doesn’t want to put it up,” said Trump.

Trump continued by saying that if Pelosi keeps up these tactics, the United States will lose out on a greatly improved trade deal from the failure that was NAFTA.

“She admits it’s (USMCA) is an incredible bill, replacing, by the way, the worst trade bill ever which is NAFTA. We lost thousands and thousands of companies and jobs. Millions and millions of jobs. NAFTA was the worst; this is going to be one of the best, maybe the best trade deal ever made.” The President warned that the trade deal may soon be killed. “We’re going to lose it pretty soon because Mexico and Canada have been waiting for many months. And she’s playing, probably, politics. She’s basically incompetent. She hasn’t done anything. She’s Speaker of the House, she hasn’t done a thing, other than this phony impeachment and I think it’s going to blow up in her face.”

Recognizing the importance of Pennsylvania in the 2020 election, President Trump highlighted policies that have benefited industries such as energy.

Listen to the conversation below: