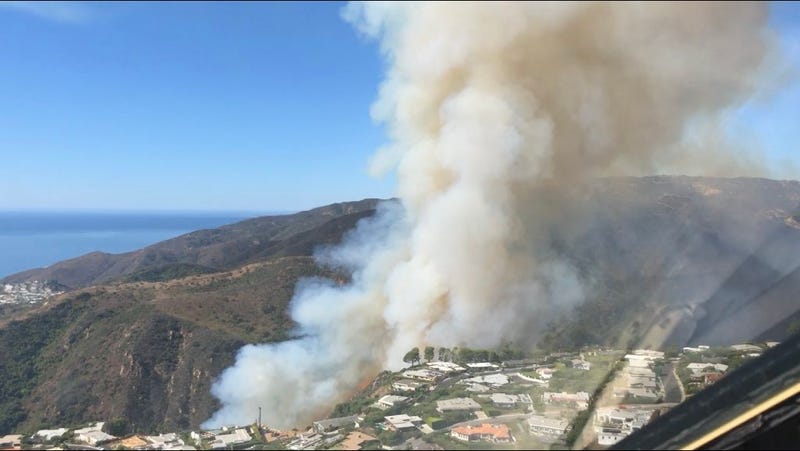 (KNX 1070 AM) -- There's roughly a 30-acre brush fire burning in the 500 block of North Palisades Drive in the Pacific Palisades Monday.

Mandatory evacuations are in effect for Charmel Lane to the west, Bienvenida Avenue to the east, Merivale Lane to the south and End of Lachman Lane to the north.

"There is a Mandatory Evacuation Order for all residents within the area bordered by Charmel Lane on the West, Bienveneda Avenue on the East, the end of Lachman Lane on the North, and Merivale Lane on the South. All persons in this area are directed to leave NOW in a calm and orderly manner. This is due to both potential fire and smoke behavior as well as the pending arrival of large fixed-wind retardant dropping aircraft," the LAFD website said in an evacuation order.

The fire is moving fast and more than 155 firefighters are responding to the fire.

No injuries have been reported at this time, although some homes may be threatened, however, and video shows homeowners fighting the blaze. Residents living along Vista Grande Drive and Charmel Lane have been evacuating as a precaution.

Fire Department spokesman Brian Humphrey tells KNX there's been a quick and massive response to try to keep flames from reaching any structures.

The fire is burning in very steep terrain in areas with thick vegetation, putting out a lot of heavy smoke. 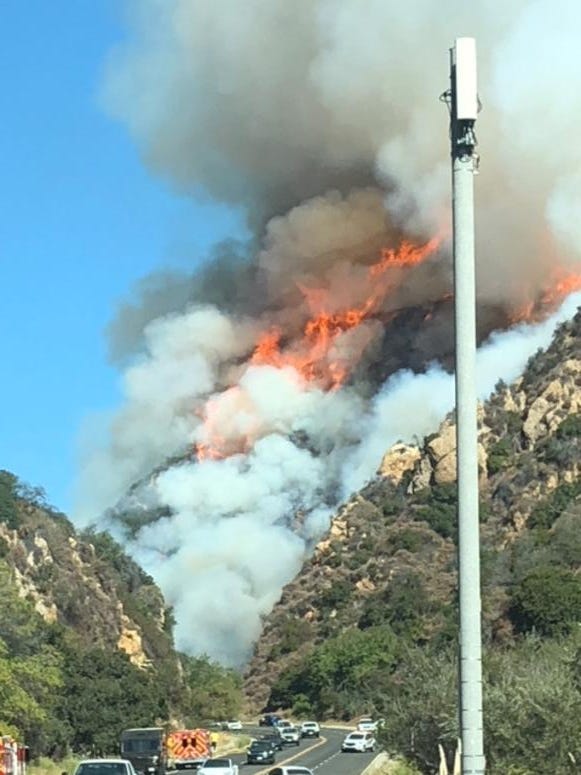