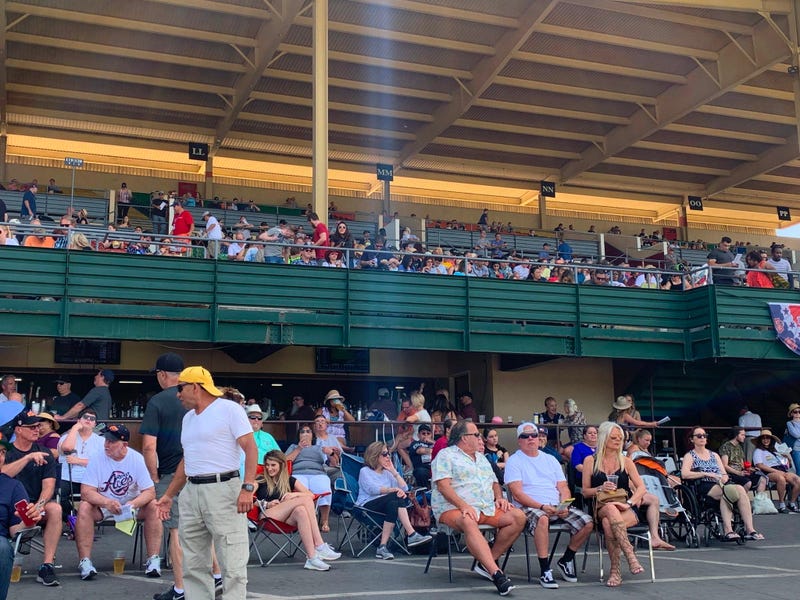 (WCCO) - The Democratic debate on CNN Tuesday night did what debates are supposed to do: they illuminated clear differences between the candidates, giving the audience and watching public a better understanding of the choices that will await them at the ballot box. It was a night when the race finally got down to business—or got "real"—to use a word that was one of the refrains of the night.

It didn't take long to become clear that the more moderate candidates would use the night to more aggressively take on the pair of progressive frontrunners at the center of the state—Senators Bernie Sanders and Elizabeth Warren.

In his opening statement, Montana Governor Steve Bullock referred to his oponnents' policies as "wish list economics." Former Colorado Governor John Hickenlooper said while he shared progressive values with Warren and Sanders, he sees himself as "a little more pragmatic." Minnesota Senator Amy Klobuchar struck a similar note when she began her opening statement with the words, "Let's get real," later adding, "Yes, I have bold ideas, but they are grounded in reality."

Former Maryland Congressman John Delaney stood out as the candidate most willing to directly attack the frontrunners.

"We have a choice. We can go down the road that Senator Sanders and Senator Warren want to take us with bad policies like Medicare for All, free everything, and impossible promises that'll turn off independent voters and get Trump reelected," he said.

But Sanders and Warren came prepared for the onslaught, and in a sense, teamed up—avoiding attacking each other and made similar points. Warren drew some of the biggest applause of the night with her retort, "We're not going to solve the problems we face with small ideas and spinelessness."

If the lines between Warren and Sanders versus the moderates (Delaney, Klobuchar, Hickenlooper, and Ohio Congressman Tim Ryan) were clear, two other candidates who have drawn considerable media attention, South Bend Mayor Pete Buttigieg and former Texas State Rep. Beto O'Rourke, tried to fly above the fray with an Obama-style combo of soaring rhetoric.

When O'Rourke said in his opening statement, "This moment will define us forever, and I believe that in this test, America will be redeemed in the face of cruelty and fear from a lawless president," you could practically hear strings playing. And his attempt to carve out an in-between space became more clear on healthcare, when he tried to cut through the moderate versus progressive debate with his own proposal. "We're being offered a false choice," he said.

O'Rourke, with a similar rehtorical style, showed his willingness to bring up his faith. "So-called conservative Christian senators right now in the Senate are blocking a bill to raise the minimum wage when scripture says that whoever oppresses the poor taunts their maker," he said.

3) Medicade for all versus Expanded public option

A poll showed that healthcare was the most important issue for Democratic voters in the debate, and it became the focus of the most heated exchanges, as moderates took on the "Medicare for All" plans offered by Sanders and Warren.

The key issue: whether there should be one, government-run health insurance program, or an expansion of the public option that was orginally proposed in Obamacare.

On this issue, as with most of the night, Delaney was most willing to serve as foil for Sanders and Warren.

"The question is, why do we have to be so extreme? Why can't we just give everyone healthcare as a right and allow them to have choice?" he said.

"You're wrong," Sanders said to Delaney at another point, later driving his point home with, "Five minutes away from here, John, is a country. It's called Canada. They guarantee healthcare to every man, woman, and child as a human right. They spend half of what we've spent."

4) But who can really beat Donald Trump?

Electability was another cudgel the moderates tried to use against Sanders and Warren. They argued that the progressive positions on healthcare, cancelling student debt, and immigration would alienate independent voters and allow Trump to win back the White House.

"You might as well FedEx the election to Donald Trump," Hickenlooper said to Sanders on his Medicare for All proposal.

When the topic was about whether to decriminalize illegally crossing the border, making it a civil offense rather than a criminal one, Bullock told Warren, "You are playing right into Trump's hands."

5) The night the gloves came off

It was arguably the most entertaining debate so far this primary season, as the candidates were more willing to engage in spirited exchanges and roll out some more cutting one-liners.

This was the line of the night. #IWroteTheDamnBill

Donate any amount of money to #Bernie2020 and they will send you the new "I Wrote the Damn Bill" sticker. 👉https://t.co/uBhKJRlyWv #Bernie2020 #DemDebate pic.twitter.com/v3oOJHhYIR

Buttigieg drew a big applause when he directly spoke to Republicans in Congress.

Hey Republicans in Congress, @PeteButtigieg just put you on notice ... the enablers of @realDonaldTrump are not to be forgotten! This was the moment of the #DemDebate #PeteButtigieg #MayorPete #DemocraticDebate #CNNDebate #PeteForAmerica pic.twitter.com/uXnAmYjyIw