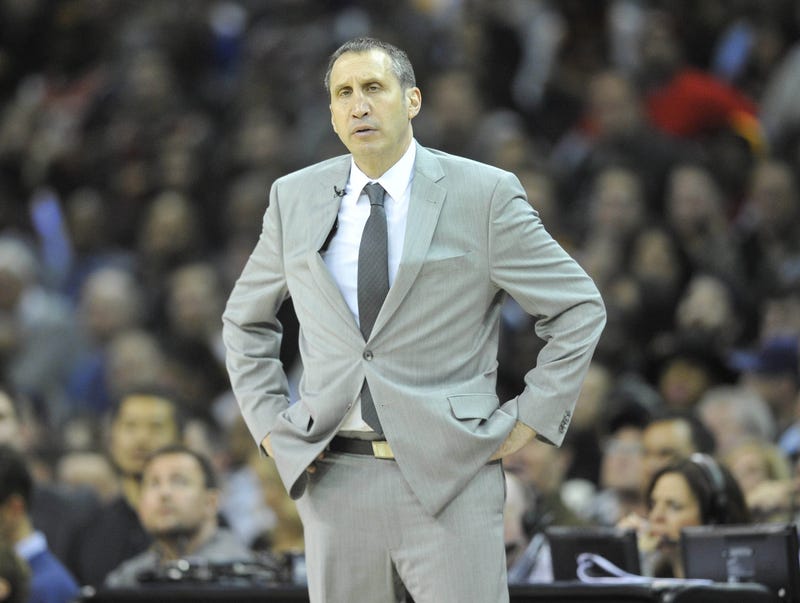 PIRAEUS, Greece - (92.3 The Fan) - Former Cleveland Cavaliers head coach David Blatt has announced that he has been diagnosed with multiple sclerosis.

Blatt, 60, says that he was diagnosed with the disease during last season, but plans to keep on coaching. He released a statement through the team detailing his battle and future plans.

"When I got over the initial shock and pain of understanding how this would and could change my life from today going forward, I decided I wasn’t giving in to anything," he said in his statement. "I was only going to adapt and adjust and find ways to continue my life as normally as possible."

Blatt has Primary-Progressive Multiple-Sclerosis, an autoimmune disease which causes fatigue and weakness, especially in the legs. Yet Blatt is keeping an optimistic perspective on things.

"It’s easy to fall into mental depression and physical lethargy," he said. "This fight is real and constant and non-ending as there is no cure for this disease, but it is not lethal. There are many that have even greater challenges and all must fight their own battles. All must have courage and determination and never give up attitudes to move forward and live life with the greatest quality possible."

Blatt, a Massachusetts native, has spent most of his playing and coaching career in Israel and overseas, but coached the Cavaliers from 2014-16. He was fired in January of 2016 despite the team holding a 30-11 record at the time.

Former Cavs general manager David Griffen cited a lack of fit between Blatt and personnel for the move. The Cavs eventually won the NBA Finals in June of that season under Tyronn Lue.

After being let go by the Cavs, Blatt coached in the Turkish Basketball Super League and then moved to the Greek club, Olympiakos, where he continues to coach.