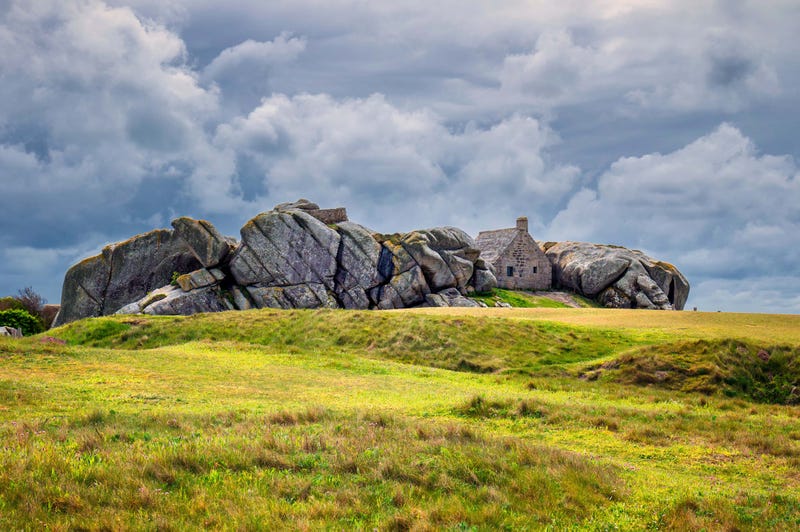 There’s a reward waiting for anyone who can solve a centuries old mystery in France. On the shores of Brittany, in a village called Plougastel-Daoulas a stone only visible at low tide has perplexed villagers since its discovery several years ago.

The stone carries an odd inscription, reading in part: “ROC AR B... DRE AR GRIO SE EVELOH AR VIRIONES BAOAVEL... R I OBBIIE: BRISBVILAR... FROIK...AL.” Plougastel-Daoulas’ town government is offering 2,000 euros (about $2250), to anyone who can decipher the meaning of the words on the stone.

France asks: Can you solve the riddle of the rock? https://t.co/UYe1QZYpac

“There are people who tell us that it’s Basque and others who say it’s old Breton (the language spoken in Brittany),” Plougastel-Daoulas’ mayor, Dominique Cap told the AFP. But no one has been able to say definitively the origin of the writing.

The fairly massive rock, about the size of a human being, has been compared to the Rosetta Stone—the ancient Egyptian boulder that provided a key to translate hieroglyphics, which was translated by a French Egyptologist in the 19th century.

Besides the cryptic text, the mystery Breton stone also has several pictures, including a sailboat as well as two dates: 1786 and 1787, which correspond to the dates of some large artillery battles fought in the area.

So the race is on now to put the puzzle together for all you linguists, historians and code breakers out there. The town is selecting a jury, which will vote on the response most likely to be correct, and, of course to hand out the prize money.