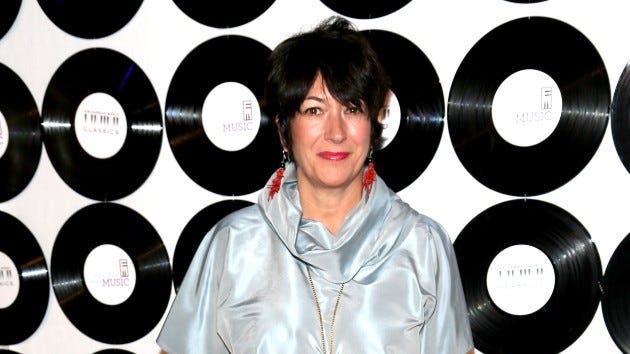 Assistant US Attorney Alison Moe revealed the supposed marriage on a video conference Tuesday as prosecutors accused Maxwell of lying about her wealth, the New York Post reported.

“In addition to failing to describe in any way the absence of proposed cosigners of a bond, the defendant also makes no mention whatsoever about the financial circumstances or assets of her spouse whose identity she declined to provide to Pretrial Services,” Moe said. “There’s no information about who will be co-signing this bond or their assets, and no details whatsoever.”

Maxwell pleaded not guilty Tuesday to charges she recruited girls for her former associate Jeffrey Epstein to sexually abuse more than two decades ago.

She was subsequently denied bail, with the judge agreeing with prosecutors that she posed a flight risk.

Maxwell has been held at the Metropolitan Detention Center in Brooklyn since last week after she was arrested by the FBI on July 2 at her million-dollar property in New Hampshire.