Gov. Gavin Newsom has ordered the immediate end of a state police tactic called the "carotid hold" following days of sometimes violent protests in the wake of George Floyd’s death.

The 46-year-old black man died on Memorial Day after a Minneapolis police officer kneeled on his neck, leading to national outrage, demonstrations and calls for action. Friday's announcement marks the governor's first major action on police reform after days of unrest in the Bay Area and around the state.

Gov. Newsom called for the end to the "carotid hold," claiming the move is designed to keep someone’s blood from flowing to their brain. 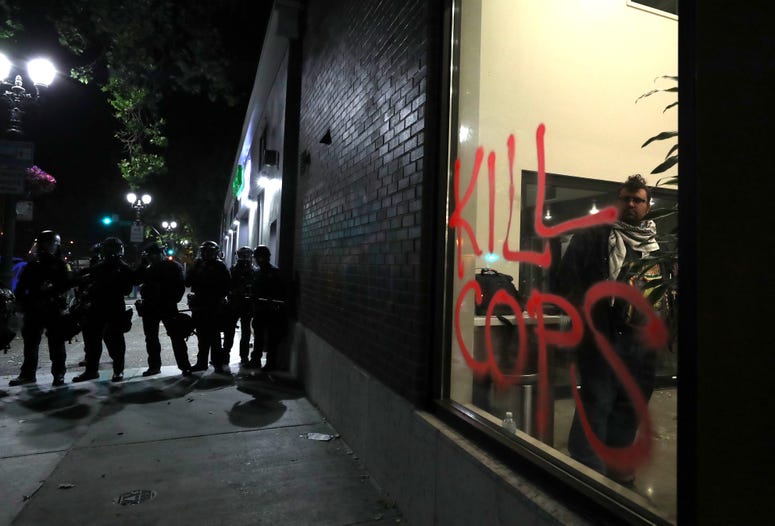 "I am immediately directing POST, which is (Commission on Peace Officer Standards and Training), to end the training of that practice and I couldn’t be more pleased, no sooner had we made a commitment on this proposal that a member of the legislature, Mike Gipson, to his credit introduced a piece of legislation that I will support and sign," Gov. Newsom announced.

Our justice system is not blind. It discriminates based on the color of your skin.

We’ve accepted that as normal. Normalcy created the conditions that led to this moment.

If you want to go back to normalcy—I’m not going there with you.

"Municipalities have different approaches and it’s clear to me that we need to standardize those approaches," the governor said.

"Across this country, we train techniques on strangleholds that put people’s lives at risk," Gov. Newsom said. "Now, we can argue that these are used as exceptions. But at the end of the day 'a carotid hold?'"

The move has been applauded by many.

The San Diego Police Department and San Diego County Sheriff’s Department are among the agencies that announced this week they would stop using the carotid hold. San Jose Police Chief Eddie Garcia said his department still allows the carotid hold as a last option before lethal force. He said officers are taught to apply pressure to the sides, rather than the front, of someone’s neck so it wouldn’t block their breathing.

Work is also underway to standardize police responses to crowds and protesters, as images of clashes between the two have littered news coverage this past week.