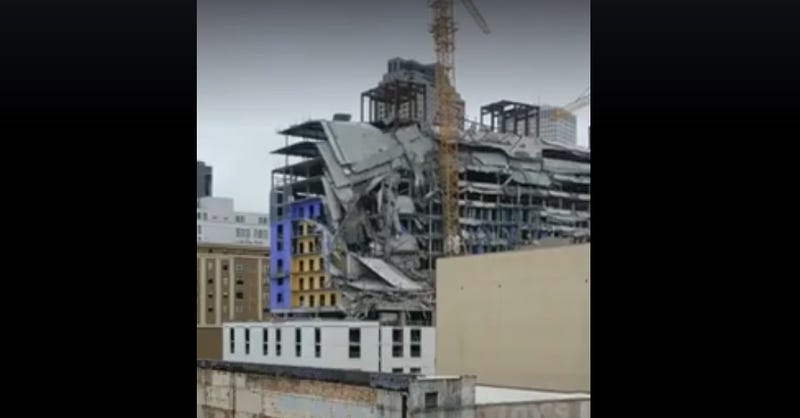 Multiple injuries have also been reported. According to New Orleans EMS, at least 18 people were taken to the hospital in stable condition.

The cause of the collapse was not immediately clear. It happened about 8:30 a.m. Saturday.

Upper floors began to fall on top of each other before the Basin Street side of the building fell to the ground below.

Nearby witnesses reported seeing a cloud of smoke consume the area at the time of the collapse.

Two large cranes, being used to construct the building, could be seen swaying after the collapse.

The site is located at the corner of Canal and North Rampart streets. For decades, that corner was home to a Woolworth’s.

The store, which was the site of lunch counter sit-ins during the civil rights movement, closed years ago, and the building remained vacant until it was demolished in 2014.

Plans for the new 18-story, mixed use development called for 350 hotel rooms and assorted meeting rooms on the site of the former Woolworth Department Store. The development was to also have condos, ranging from 650- to 2,300-square-feet.