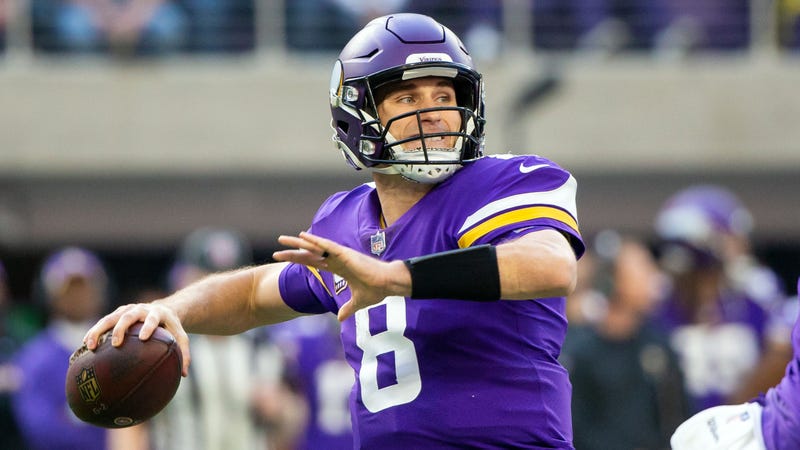 This matchup has playoff implications for both teams. The Chicago Bears are in, but they are still hoping to get a first-round bye if they win and the Los Angeles Rams lose (not so likely with the Rams playing the San Francisco 49ers at home). They could be doing a little scoreboard-watching with the two games happening simultaneously. The Minnesota Vikings miss the playoffs if they lose and the Philadelphia Eagles win. They could still back in if the Vikings and Eagles both lose. The Vikings would get an assist from the Bears resting their starters at some point in this game.

When might the Bears take out their starters? Nobody knows right now. The Eagles hope that is not the case, because they need the Bears to win. The Bears are likely to wind up with the No. 3 seed in the NFC playoffs -- unless the Rams lose a game they should win against the 49ers. Ask these Bears about that: They had to squeeze by the 49ers, 14-9, last week. Mitchell Trubisky had a very efficient game, completing 25 of 29 passes (a career-high 86.2 percent) for 246 yards and a TD. Tarik Cohen has his first 1,000-yard season. Jordan Howard has been running the ball well. The focus of the game is the Bears defense. Khalil Mack, who leads the team with 12.5 sacks, is joined by cornerback Kyle Fuller, defensive tackle Akiem Hicks and safety Eddie Jackson on the Pro Bowl roster. Even if some of the stars rest, this will still be a tough matchup for the Vikings and Kirk Cousins, who has failed to win big games in the past.

Cousins' stats don't look bad on paper, but he hasn’t looked to be worth anywhere near the $84 million guaranteed contract (for three years) he received from the Vikings in the offseason. He has a chance to change that narrative Sunday in front of the home faithful. The Bears and Vikings could end up playing again next week in the first round of the playoffs -- that game would be in Chicago. Vikings running back Dalvin Cook had 108 yards from scrimmage in a 27-9 win over the Lions last week, and has been playing well the past few weeks. Kyle Rudolph broke out with with nine grabs and a career-high 122 yards and two TDs. The defense is led by three Pro Bowlers: Danielle Hunter, Anthony Barr, and Harrison Smith. Hunter leads the team with 14.5 sacks, just shy of one per game. The Vikings pass rush is a big reason the team is in the playoff race, and will need to make its presence felt on Sunday as an underachieving team tries to salvage its season. This should be a good one.