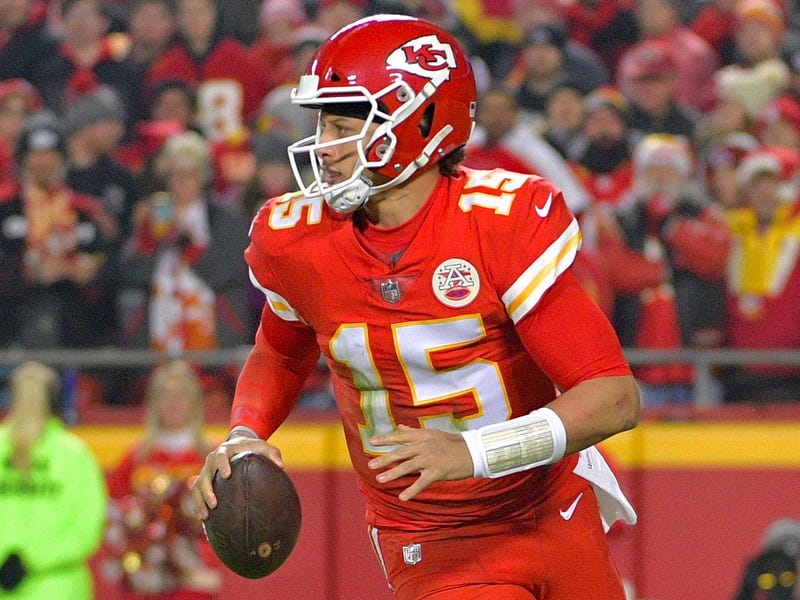 What could be the game of the week comes in primetime. Kansas City Chiefs-Seattle Seahawks has the chance to shake up the standings in the AFC and the NFC. The Chiefs (11-3) are coming off a heartbreaking 29-28 loss to the Los Angeles Chargers. Another loss could drop them from the top seed in the AFC to the No. 5 seed, which would mean no first-round bye and no home playoff game. The Seahawks (8-6) are coming off a bad 26-23 loss in overtime to the lowly San Francisco 49ers that could cost them a playoff spot. They do have a soft matchup next week against the Arizona Cardinals. A win this week would be huge to lock up one of the NFC Wild Card spots.

The Chiefs had the game in their hands last week, leading by 14 with four minutes to play. The Chargers made a sensational comeback and capped it off with a gutsy two-point conversion to silence the Kansas City crowd and make things very interesting in the AFC West. Both teams are 11-3; the Chiefs hold the tiebreaker, but likely need a win in noisy Seattle to stay in first. Patrick Mahomes leads the NFL with an astounding 45 TD passes and 4,543 passing yards. In seven road games, Mahomes has 28 TDs (four per game!) and 2,386 yards. He got help last week from Damien Williams, who finished with a career-high 123 yards from scrimmage and two rushing TDs. Tyreek Hill has career highs in receptions (78), receiving yards (1,304), and TD catches (11). Travis Kelce leads NFL tight ends in receiving yards (1,220) and is second in catches (93). On defense, Chris Jones was a Pro Bowl snub. He leads the team with 14 sacks, including 2.5 last week and at least one in a single-season-record 10 consecutive games. Safety Eric Berry made his season debut last week and had six tackles. His return is huge for the Chiefs defense.

The Seahawks are still very much alive in the NFC Wild Card race, despite last week's unforgivable loss to the 49ers -- and even if they lose this game. The NFC just has not been good this year, and 9-7 will get at least one team to the playoffs. The Seahawks are 4-2 at home, and get to close the season out with two home games. Russell Wilson needs to avoid taking costly sacks. The Seahawks style is ground-and-pound, meaning they need to dominate time of possession and keep the ball out of Mahomes' hands. Chris Carson rushed for a career-high 119 yards last week. Mike Davis set a career high in receptions (8) and receiving yards (63). Can the Seahawks defense stop the high-powered Chiefs offense? Bobby Wagner, Frank Clark, and Jarran Reed will have the answer. If they can force Mahomes into bad decisions and their offense can win time of possession, the Seahawks have a shot to win a pivotal matchup.