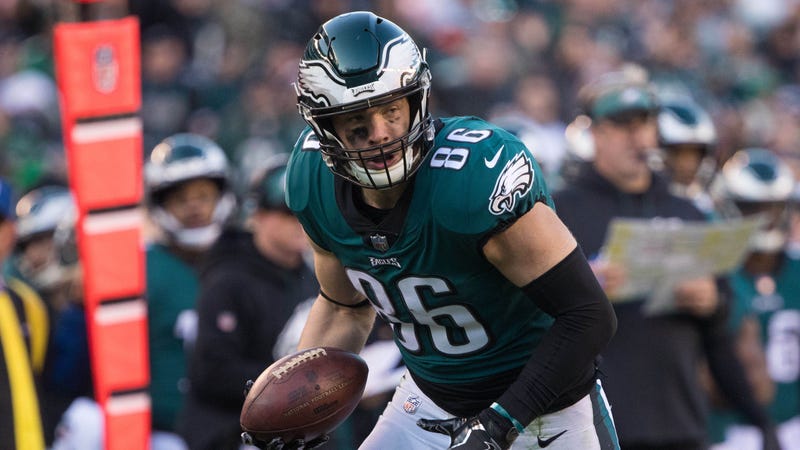 The magic of Nick Foles continues, and the Philadelphia Eagles (8-7) might ride it into January. For the Eagles to sneak into the playoffs, they need to beat the Washington Redskins on the road and get a loss from the Minnesota Vikings at home against the 11-4 Chicago Bears. It also must be said, because there have been ties this season: If the Eagles win and the Vikings tie, the Eagles would miss out: 8-7-1 is a better winning percentage than 9-7. Philly is coming off a thrilling 32-30 win over the Houston Texans on a Jake Elliott field goal in the final seconds. The Redskins are coming off a 25-16 loss to the Tennessee Titans in a tight game in which they had a chance to win on their final possession. They aren’t playing for anything Sunday, except pleasing their home fans and saving a .500 record from a bizarre season.

The Eagles will have one eye on the field and one eye on the scoreboard. But it's all for naught unless they beat the Redskins on the road. The Eagles have won the teams' past three games, the latest a 28-13 victory a few weeks ago, when Mark Sanchez replaced an injured Colt McCoy for the Redskins. Foles was a magician in last week's win, throwing for a franchise-record 471 yards with four TDs. It’s helped Foles to have Zach Ertz playing insanely good football. The Pro Bowl tight end put up 12 catches, 110 yards, and two TDs last week. Nelson Agholor also emerged with a nice game, finishing with 116 yards and a TD. Chris Long anchored the defense with two sacks and a forced fumble. Fletcher Cox was the Eagles' Pro Bowl selection on defense. The Eagles must stack the box and stop the run, forcing fourth-string QB Josh Johnson to throw the ball down the field.

Though he wasn’t on an NFL roster until a few weeks ago, Johnson hasn’t looked that bad in his time with the Redskins. He hasn’t been asked to do a ton throwing the ball, but he has avoided egregious mistakes. If the Redskins want to play spoiler for a division rival and end the Eagles' season, it falls on future Hall of Fame running back Adrian Peterson, who passed Eric Dickerson last week for eighth all-time in rushing yards (13,318). The duo of Peterson and Chris Thompson is healthy and playing well, but the Eagles will be keyed on the Redskins run game. Johnson will have to make some big throws to pull off the upset. On defense, Ryan Kerrigan leads the pass rush against the immobile Foles. It just looks like there's too much, including momentum, in the Eagles' favor right now.