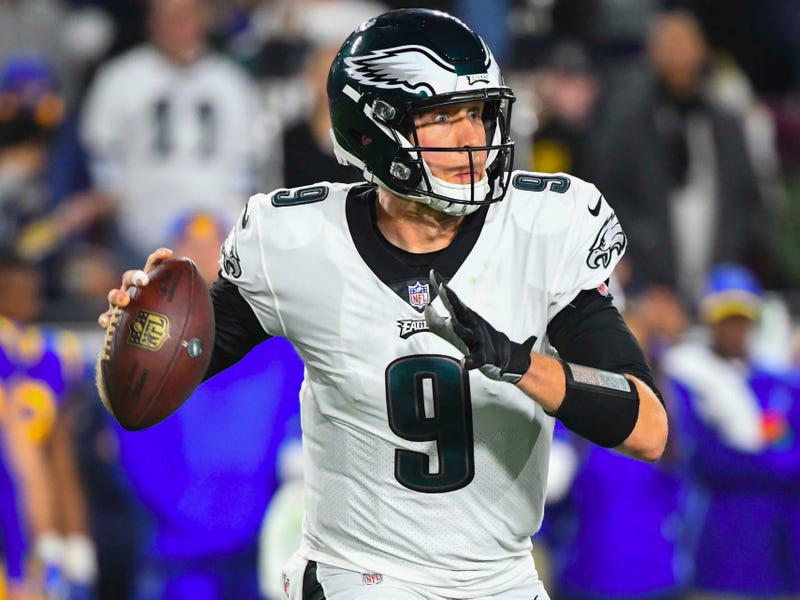 A big game with playoff implications in Philadelphia. The Houston Texans are coming off a game in which they had to squeeze past the New York Jets, 29-22. At 10-4, they haven’t locked up the division or a playoff spot just yet. They would clinch both with a win this week. And with two wins (next week, they are home against the lowly Jacksonville Jaguars), the Texans can capture the AFC No. 2 seed and a first-round bye. The Eagles are hanging by a thread thanks to Nick Foles stepping in and taking down the Los Angeles Rams last week on the road. Here's how they can reach the postseason: They need two wins (next week they're on the road against the Washginton Redskins) and two Dallas Cowboys losses to win the NFC East. They need two wins and some help to snag a Wild Card spot.

The Texans are trying to hold onto their spot as the No. 2 seed in the AFC, which brings a first-round bye and a home playoff game. Deshaun Watson was cool, calm, and collected as they closed out the Jets in a close game after trailing in the fourth quarter. Watson threw for 294 yards and two TDs, both to DeAndre Hopkins. The Texans superstar receiver had 10 grabs for 170 yards as he continues to make a case as the best wideout in the NFL. Running back Lamar Miller left the game with an ankle injury, but he’s expected to be ready to play this week. J.J. Watt was his usual self with two sacks, and he leads the team with 14.5 on the season. Watt and Jadeveon Clowney continue to be a wrecking crew.

The legend of Foles continues to grow. After taking over for Carson Wentz (torn ACL) last December and leading the Eagles to a Super Bowl title, Foles picked up where he left off last week to keep the team's playoff aspirations alive. Foles has been able to throw the ball down the field and open up the Eagles offense a bit. He has great chemistry with Alshon Jeffery, who led the team last week with eight receptions for 160 yards. Wendell Smallwood finished with his first career two-TD game. The Eagles defense also had an impressive performance against the Rams' high-powered offense. Corey Graham had a key INT. Rasul Douglas, who has played great the past few weeks, put up a monster 14-tackle performance. Fletcher Cox is looking for his fourth straight game with a sack. The key for the Eagles is finding a way to stop Hopkins, a tough task. The defending champs are in win-or-go-home mode.