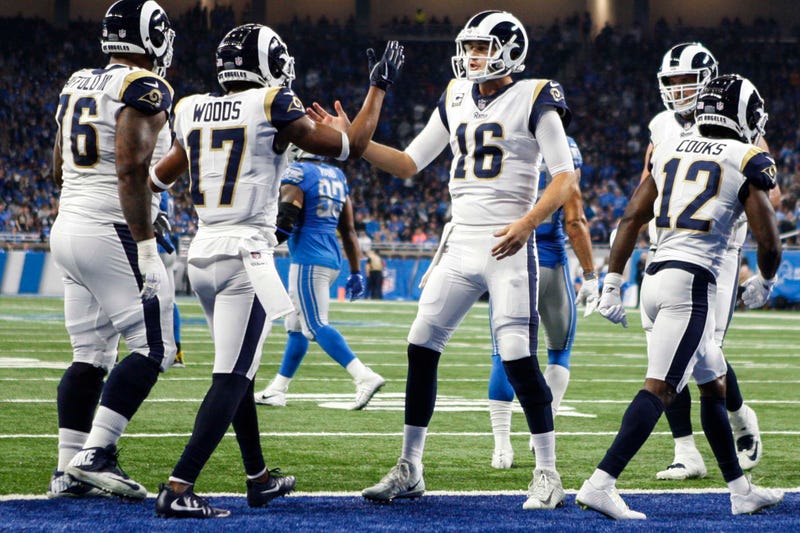 It’s only right that this game will take place in primetime. It’s that high-octane Los Angeles Rams offense going up against that elite Chicago Bears defense. Playing in Chicago should make it even more competitive. The Bears are coming off a loss to the New York Giants, but they are expecting to  get starting QB Mitch Trubisky back from injury. Their defense has its toughest task yet. The Rams (11-1) are coming off a 30-16 win over the Detroit Lions that clinched the NFC West with weeks to spare. A win this week would clinch a first-round bye in the playoffs. A win for the Bears (8-4) sets them up nicely to win the NFC North. This should be a tremendous Sunday night game.

The Rams ended up cruising past the Lions after it was close for most of the game. They face a much more difficult defense this week. Jared Goff ranks second in the NFC with 3,754 passing yards. Todd Gurley was back at his electric best last week, rushing for 132 yards and two TDs. The MVP candidate (and fantasy football hero) leads the NFL with 1,649 yards from scrimmage and 19 TDs. Brandin Cooks has put up his fourth consecutive 1,000-yard season, with a different team in each of the past three seasons. Robert Woods looks for his third straight game with a TD catch. Aaron Donald has been an absolute monster with an NFL-high 16.5 sacks. Donald and Ndamukong Suh want to make it an uncomfortable return for Trubisky.

The Bears must be happy to have their young QB back. Chase Daniel wasn’t bad filling in, but Trubisky is so much more dynamic, especially running with the football. They rely on that rushing attack with Trubisky, Jordan Howard, and Tarik Cohen. It’s amazing watching what Cohen can do as a rusher, receiver, returner ... and a passer. The Bears pulled off the "Philly special" last week with Cohen throwing a TD pass to tie the game at the end of regulation against the Giants. Cohen also set career highs in receptions, receiving yards, and yards from scrimmage last week. The Bears will look to their defense to force turnovers against the Rams and even score points. This game will give you some sensational offense and some terrific defense in a must-watch primetime affair that is very important in the NFC standings.