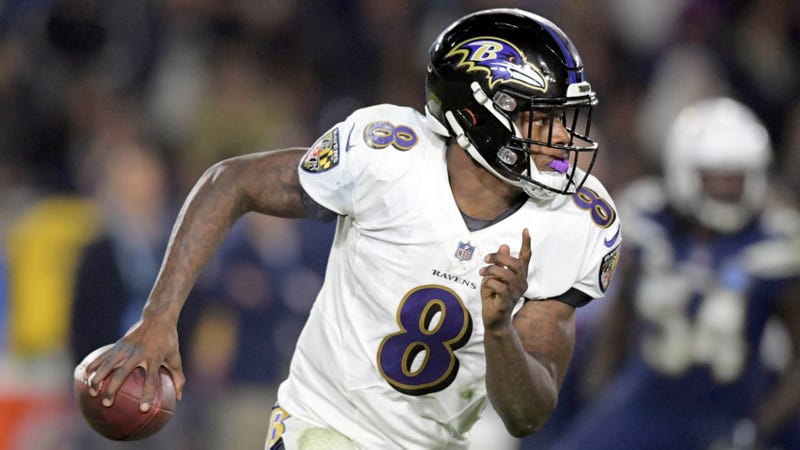 One of Sunday’s true must-watch games. This game has huge ramifications for the AFC playoff bracket. The Baltimore Ravens (9-6) are in with a victory. They would win the AFC North and host the Los Angeles Chargers as the No. 4 seed in the Wild Card round. If the 7-7-1 Browns win (and thus secure their first season over .500 since 2007), the Ravens will need the Pittsburgh Steelers to lose to the Cincinnati Bengals at home, which seems highly unlikely … but who knows? Expect the Browns to play their hearts out as a spoiler for a division rival (though, with a loss, they would ruin the prospects of another AFC North foe -- the Steelers). It’s also a battle of exciting rookie quarterbacks and former Heisman Trophy winners: the Ravens’ Lamar Jackson (2016) and the Browns’ Baker Mayfield (2017).

It’s been a wild season for the Browns with endless storylines from “Hard Knocks” until now, and they have a chance to finish with a winning record. Gregg Williams may not be the head coach next season, but he’s made a case for the job with a 5-2 record since taking over for Hue Jackson. Mayfield has been sensational and is the frontrunner for Offensive Rookie of the Year. He led the Browns to a win in Week 3, their first victory since 2016, and has gone 6-6 as a starter. He threw for 284 yards and three TDs last week in a 26-18 win over the Bengals. Nick Chubb has shown he’s the running back of the future in Cleveland. The rookie ran for 112 yards last week and will likely hit the 1,000-yard milestone to close the season. Wide receiver Jarvis Landry and tight end David Njoku are core pieces; with another playmaker or two on the outside, the Browns offense could be playoff-caliber next year. Former No. 1 pick Myles Garrett has anchored the Browns defense with 12.5 sacks. They will have a difficult job in stopping Lamar Jackson and the Ravens run game.

Jackson has invigorated the Ravens offense, and it looks as if he will be the starting QB in Baltimore for years to come. He passed for a career-high 204 yards last week in a huge 22-10 win over the Chargers. Gus Edwards has been a rushing machine since he took over at running back. The undrafted rookie has run for more than 100 yards in three of his six starts. Tight end Mark Andrews, leads all rookie TEs with 498 yards. The vaunted Ravens defense, after dominating a good Chargers offense last week, continues to set the tone. There’s a new standout each week: Linebacker Patrick Onwuasor had a team-high nine tackles, two sacks, and a forced fumble last week. This game should be close, but the Ravens are in a rhythm, and it’s difficult to see them missing out on the playoffs. Nobody wants to play them in January.