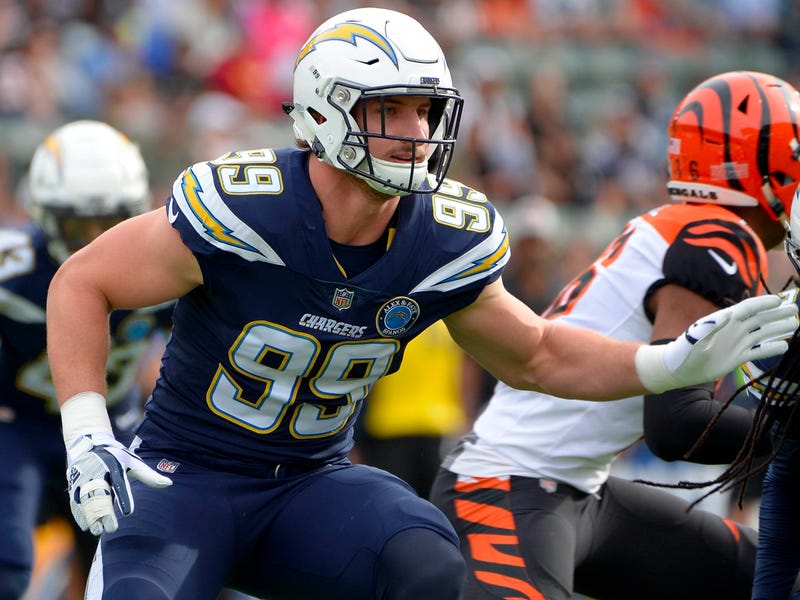 This might be the highlight of a tremendous Week 16 schedule. The Baltimore Ravens head to Los Angeles to take on the Chargers, who are riding high after their sensational comeback win, on a successful two-point conversion in the final seconds, over the Kansas City Chiefs. They are now alive to win the AFC West if they win this game and win next week and get one loss from the Chiefs. The Ravens are in the mix for an AFC Wild Card spot while remaining in striking distance of winning the AFC North. If they win this game and the Pittsburgh Steelers lose to the New Orleans Saints, the Ravens would win the division with another win next week, over the Cleveland Browns at home. The Chargers have clinched a playoff spot, so all the pressure is on the Ravens, who occupy the No. 6 seed in the AFC at the moment.

Joe Flacco is ready to play after recovering from a hip injury, but the Ravens are now Lamar Jackson’s team. Jackson is 4-1 as the starting QB: The wins all came over sub-.500 teams (Cincinnati Bengals, Oakland Raiders, Atlanta Falcons, Tampa Bay Buccaneers) and the loss came against the Chiefs, who needed a a miraculous fourth-down throw from Patrick Mahomes to get to overtime. Jackson still is looking for his first win over an elite opponent. Jackson has been running wild, and has been helped by running backs Gus Edwards and Kenneth Dixon. It’s been a true ground-and-pound approach. The question is whether their defense can stop the sizzling Chargers offense. Terrell Suggs and C.J. Mosley will have the difficult job of trying to contain Philip Rivers, which will make for a hell of a matchup to watch.

Rivers was remarkable in the Chargers' classic 29-28 win in Kansas City, showing guts and determination to score a TD in the final minute and top it off with a perfectly executed two-point conversion. This Chargers team has a legit chance to make a Super Bowl run. Rivers will reach the 4,000-yard milestone this week, and he gets running back Melvin Gordon back on the field, which makes the Chargers offense even more lethal. Keenan Allen and Mike Williams are having impressive seasons at wide receiver. Melvin Ingram and Joey Bosa lead the defense up front. They will have to contain Jackson, which has been difficult for defenses to do. Their secondary is led by Pro Bowl safety Derwin James, who hasn't looked like a rookie. James is putting up historic numbers in his first NFL season in the NFL. This will be a must-watch football game featuring an elite running attack against an elite passing attack. Buckle up.