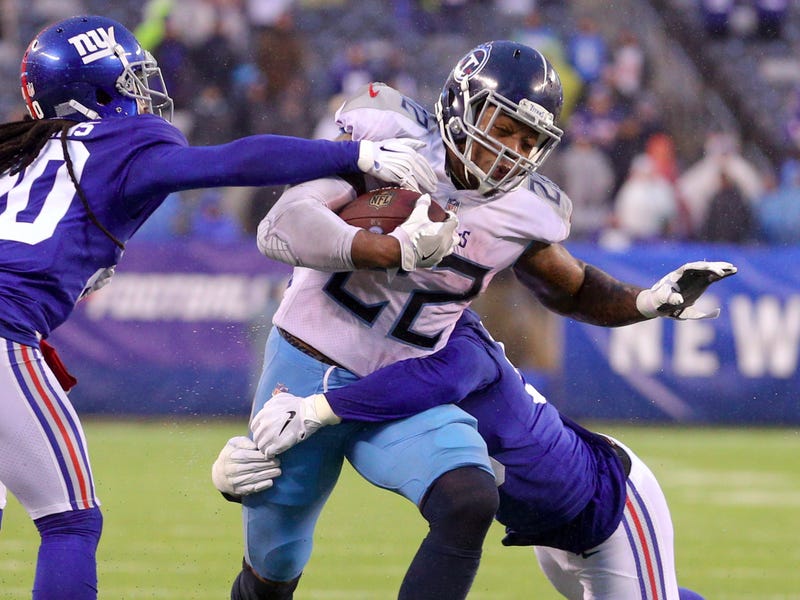 The Washington Redskins are on their fourth quarterback, yet here they are, still in the playoff race at 7-7. Alex Smith went down for the season. Colt McCoy went down for the season. Mark Sanchez was atrocious. Now it’s Josh Johnson leading the way, winning a game over the Jacksonville Jaguars last week to keep the Redskins in the playoff conversation. They have to win this week, win their final game against the Philadelphia Eagles, and get a little help. After a 17-0 win over the New York Giants, the Tennessee Titans are also very much in the playoff conversation at 8-6. The Titans need to win this week and beat the Indianapolis Colts next week at home -- and also get a little help. The loser of this game most likely is knocked out of the playoffs, but there are an insane number of scenarios that could happen. This is the first game of Week 16 and one of many that have an impact on the playoff bracket.

That the Redskins are still alive with two games to go is something of a miracle. Josh Johnson was the first draft pick in the new Alliance of American Football minor league. Now he’s a starting QB in the NFL in a Week 16 game with playoff implications. Life comes at you fast. Last week, Johnson pulled off a 16-13 win on a final-seconds Dustin Hopkins field goal. Adrian Peterson had a few key runs to lead to the game-winner. The Redskins need a huge performance from their defense. Ryan Kerrigan had two sacks and a forced fumble against the Jags, and Jonathan Allen also had two sacks. They need to put the same kind of pressure on Marcus Mariota.

Derrick Henry has been a man possessed the past two weeks, putting up a combined 408 yards and six TDs. He’s stiff-arming defenders like it’s a game of Madden and he has emerged as the true top back in Tennessee, with Dion Lewis taking a step back. The Titans have needed it badly, considering Mariota has not been lighting it up. Corey Davis leads Titans receivers with 798 yards. A lot will ride on the Titans defense and Kevin Byard in their secondary. Byard had a sack, INT, and two passes defended in their victory over the Giants. Jurrell Casey and the Titans pass rush will try to force Johnson into some bad decisions. The Titans have been inconsistent, but it looks like they might be hitting their groove at the right time.