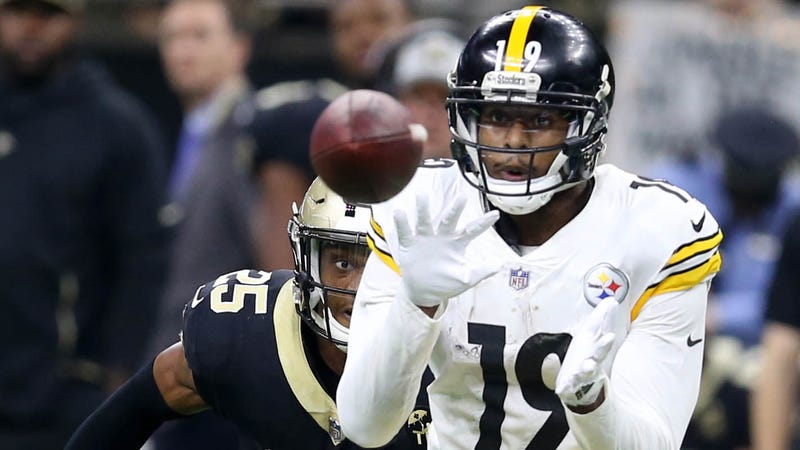 Who would have thought the Pittsburgh Steelers would not be in control of their playoff destiny entering Week 17? A Week 1 tie against the Cleveland Browns could end up being their demise, and now they have to beat the Cincinnati Bengals and rely on the Browns to knock off the Baltimore Ravens in the season finales to back-door an AFC North title. After a devastating 31-28 loss last week to the Saints due to a JuJu Smith-Schuster fumble when they were in field-goal range in the final minute, the Steelers are 8-6-1 and losers of four of their past five games. It would be an incredible disappointment for a team that was 7-2-1 to end up missing the playoffs.

The Bengals (6-9) aren’t playing for much. A win doesn’t get them to .500 or help them in the NFL Draft order. Even a loss doesn’t move them much further up in the draft order: They should end up with roughly the No. 10 pick. Marvin Lewis’ club is now led by Jeff Driskel at quarterback, and Driskel hasn’t looked terrible since taking over for the injured Andy Dalton. Running back Joe Mixon has been the bright spot for the Bengals offense. On defense, their lone Pro Bowler Geno Atkins has excelled with a team-high 10 sacks. It will be a long offseason in Cincinnati, where Lewis’ job security should be in question, but somehow never is.

It’s been a tale of three seasons for the Steelers. There was the 1-2-1 start, when observers questioned whether they could survive the season without star running back holdout Le’Veon Bell. Then they won six straight games to improve to 7-2-1 and silence the doubts. Then they realized Bell wasn’t coming back, James Conner got hurt, and they have spiraled to four losses in five games and the brink of elimination from playoff contention. Ben Roethlisberger has put up a tremendous season apart from some costly mistakes, most notably the interception in the end zone to lose a Week 12 game against the Broncos. Fifteen INTs is a big number for the future Hall of Fame quarterback. The Steelers likely get Conner back this week, which is huge for their offense -- and potentially a game-changer in the playoffs if they get that far. Antonio Brown is the only player in NFL history with six consecutive 100-catch seasons. T.J. Watt and Pro Bowl selection Cam Heyward lead the defense. The Steelers have won their past six games against the Bengals. Expect that trend to continue. But the out-of-town scoreboard will tell the whole story: Can Baker Mayfield’s Browns can give them the helping hand they need?