HOUSTON (SportsRadio 610) - Jim Crane walked into the press conference room inside Minute Maid Park located across the hall from the Astros clubhouse wearing his traditional dark suit and Astros orange tie. Sixty minutes prior, Major League Baseball released a scathing nine page report summarizing its investigation into the cheating allegations made by Mike Fiers to The Athletic two months ago. Less than 60 seconds later, the Astros owner did what he had to do.

"I have made the decision to dismiss A.J. Hinch and Jeff Luhnow," he read off a piece paper after Commissioner Rob Manfred announced both would be suspended through the 2020 World Series along with the Astros losing their first and second round picks for the 2020 and 2021 draft and a $5 million fine.

"We need to move forward with a clean slate, and the Astros will become a stronger organiztion because of this today. You can be confident that we will always do the right thing and will not and will not have this happen again on my watch."

Crane followed that statement by taking questions for 15 minutes and was choked up at times.

"We want to be known as playing by the rules. We broke the rules."

Crane said he received MLB's report over the weekend but didn't make the decision to fire Hinch and Luhnow until Monday. He said he spoke to both "a few minutes" prior to beginning his press conference. "A.J. was upset, I think he understands the consequences and he said, 'I'm sorry, I'll do whatever I can to help the team'. Jeff was a little bit shorter."

Luhnow released a three-paragraph statement in which he declared he "is not a cheater".

Sixty-eight witnesses, including 23 former and current Astros players, were interviewed as part of the investigation. Major League Baseball's Department of Investigations also reviewed "tens of thousands of emails, Slack communications, text messages, video clips and photographs", and while neither Hinch nor Luhnow was accused of devising the scheme, Manfred concluded not enough was done to try and stop it. 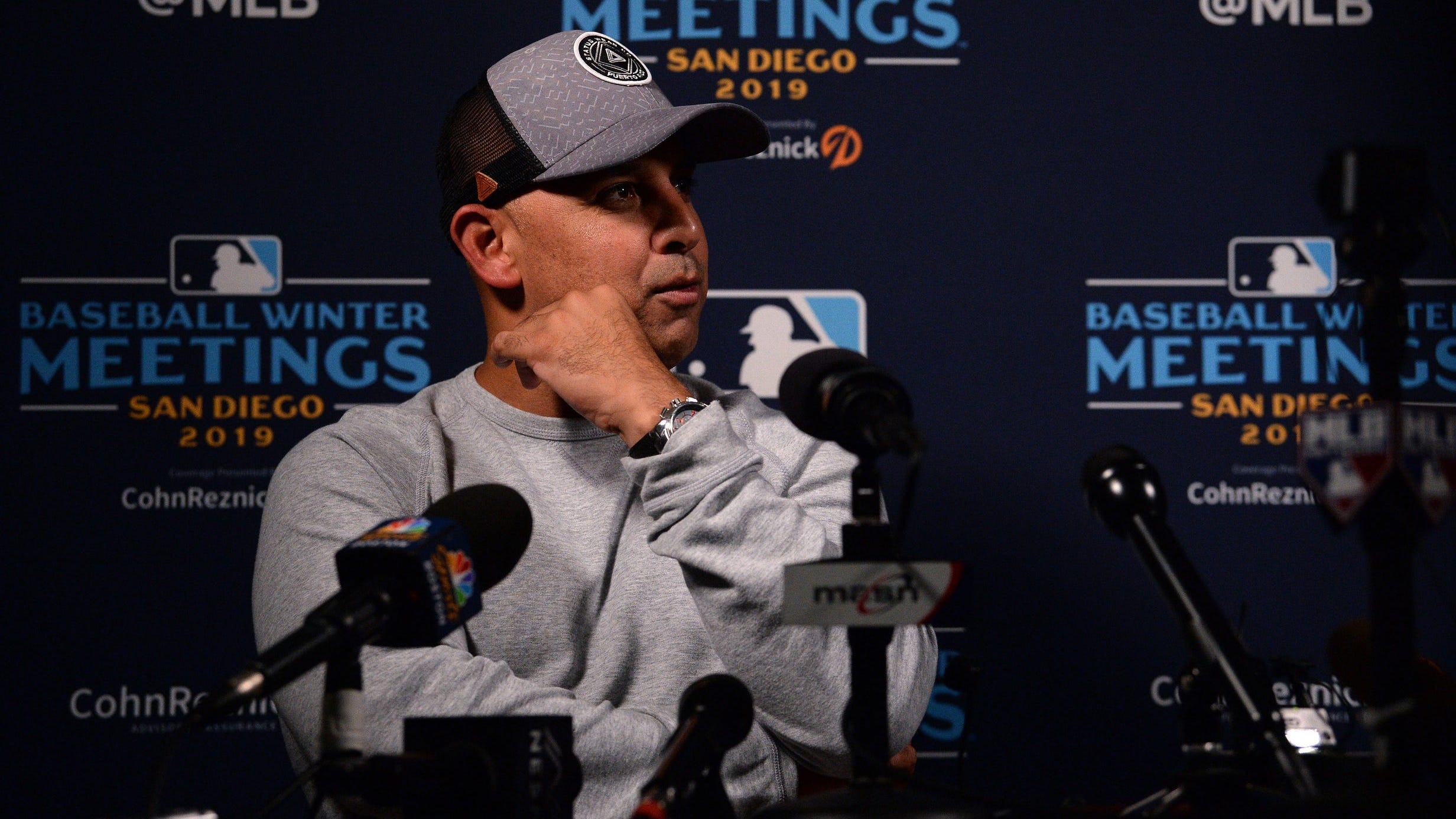 Monday was the climax of a dark stretch for the organization which started hours after its biggest highlight of the 2019 season, Jose Altuve's pennant sealing walk-off homer in game six of the American League Championship Series. During the clubhouse celebration, former assistant general manager Brandon Taubman yelled at three female reporters while praising Roberto Osuna, who had previously served a 75-game suspension following a domestic violence incident. The team spent days lying about and discrediting the reporter before dismissing Taubman prior to Game 3 of the World Series. Crane said that incident had nothing to do with Monday's decision to dismiss Luhnow, but Manfred took the Astros to task for it.

"While no one can dispute that Luhnow’s baseball operations department is an industry leader in its analytics, it is very clear to me that the culture of the baseball operations department, manifesting itself in the way its employees are treated, its relations with other Clubs, and its relations with the media and external stakeholders, has been very problematic. At least in my view, the baseball operations department’s insular culture – one that valued and rewarded results over other considerations, combined with a staff of individuals who often lacked direction or sufficient oversight, led, at least in part, to the Brandon Taubman incident, the Club’s admittedly inappropriate and inaccurate response to that incident, and finally, to an environment that allowed the conduct described in this report to have occurred."

Crane's decision to remove two of his top lieutenants wasn't easy based on his pained look throughout Monday's press conference, and it certainly won't be popular, but it had to be done. It's disingenuous to say you want a clean slate only to bring back the old guard. The penalties levied against the Astros are among the heaviest in baseball history, but Crane had to go a step further.

With the start of spring training a month away, this saga is far from over. Crane has to hire replacements for Luhnow and Hinch and he said he will conduct a review of lower level employees who weren't named in the report, and baseball is expected to come down hard on former bench coach and current Red Sox manager Alex Cora — who was found to be at the forefront of the Astros scheme — as soon as it concludes an investigation into Boston's use of its replay room in 2018, but Monday was a step in the right direction. Somewhere along the way Jim Crane's franchise veered off path and he recognized something had to be done.