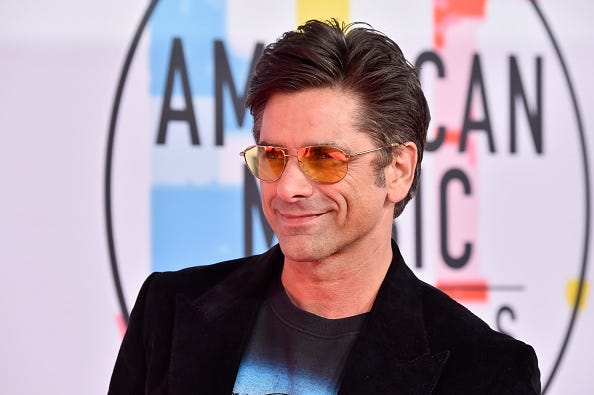 John Stamos is hoping to play Uncle Jesse for many years to come, as he’s pitching an idea for a "Full House" prequel, according to E!.

The 55-year-old rose to fame starring as Jesse Katsopolis for eight seasons on the ABC series, before reprising the role on the Netflix reboot "Fuller House" in 2016.

But with "Fuller House" set to end its run with the upcoming fifth and final season, Stamos is hoping to keep the franchise going.

The farewell season of Fuller House is on its way. 💛 pic.twitter.com/NPwTcGaz7O

“I don’t think it’s done,” he told the news outlet. “I think there’s a play that we go backward, like what happened before?”

“If you remember in the pilot of the show, my sister Pam dies, and that’s why it’s the three men raising the three girls, so I’d like to explore that,” Stamos added. “The brother/sister, maybe go back. We’ll see.”

Stamos didn’t give any more details as to the premise, but it would have to take place in the early ‘80s and would most likely not include his TV wife Lori Loughlin, as her character doesn’t meet Jesse until season two of the original series.

Loughlin also won’t appear in the final season of "Fuller House" as Netflix terminated her recurring role on the show in the wake of her involvement in the college admissions bribery scandal.

Although Stamos has yet to film any scenes for the final season of "Fuller House," he recently broke his silence about Loughlin’s future with the series.

“I haven’t been on the show yet, and it hasn’t come up, so I’m going to talk to some people about it this week and see what’s going on,” he said to People. “I’m just going to wait a little longer before I talk about it.”

The final season of "Fuller House" will stream on Netflix at the end of the year.