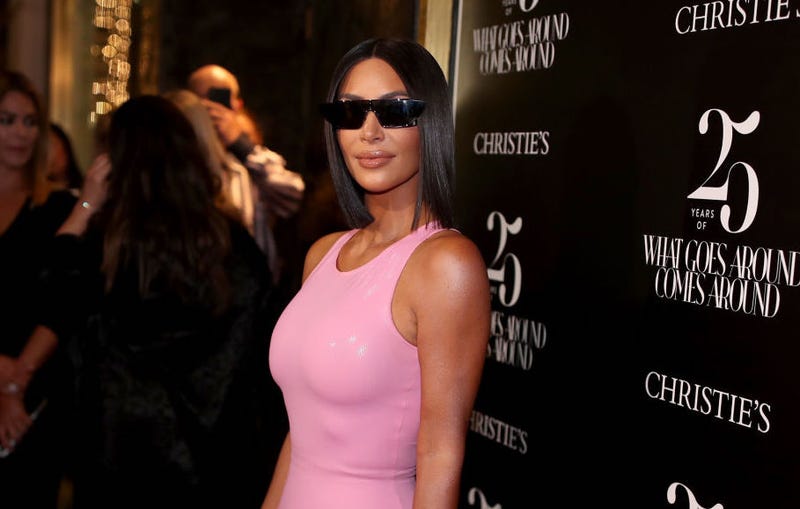 In one cover the 38-year-old rocks a low-cut black bondage-inspired Versace gown featuring a buckled bra top and high slit up the front. The dress retails for just under $15K, reported the New York Post.

In another cover, the reality diva is seen wearing a bizarre red leather headpiece with a mask obscuring her flawless skin, while a pair of white rubber gloves cradle her face.

4 VOGUE JAPAN COVERS!!! This was an absolute dream come true for me! Styled by the legendary @anna_dello_russo and shot by @luigiandiango Make Up @makeupbymario Hair @chrisappleton1 @voguejapan @kkwbeauty

The final cover finds the mother of four completely covered in a ruffled pink fabric with only her face exposed.

"3 VOGUE JAPAN COVERS!!! This was an absolute dream come true for me!,” Kardashian captioned an Instagram post which included all three covers and a few other pics from the magazine’s editorial spread.

Proving her excitement even more, she shared even more photos from the fashion spread on Twitter.

Her three covers for Vogue Japan come just months after she landed the cover of the May issue of American Vogue.

It was in that issue that Kardashian revealed she’s been studying to become a lawyer, took an apprenticeship with a San Francisco law firm, and plans to take the bar exam in 2022.

She’s also been busy working on prison reform after successfully petitioning the President to commute the life sentence of Alice Marie Johnson.

In addition, she and husband Kanye West welcomed their fourth child, a boy names Psalm, via surrogate in May.

If all of these life changes are any indication, Season 17 of 'Keeping Up with the Kardashians' should be very interesting!