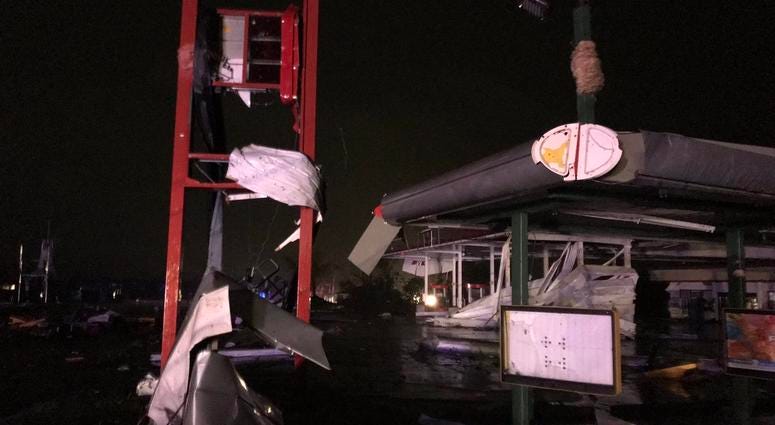 JEFFERSON CITY, Mo. (KMOX) -- Crews in Jefferson City are on the scene of what is being categorized as a tornado.

Missouri Task Force 1 has been activated for search and rescue efforts after a tornado moved through the southern metro area of Jefferson City at about 11:30 p.m. Wednesday. FEMA has also been asked to assist. First responders are going door to door along Ellis Boulevard and Highway 54 in Jefferson City, checking on residents.

The National Weather Service says the storm moved at about 40 mph and sent debris flying 13,000 feet into the air.

🔊🔊SOUND ON: Hear what residents heard just moments before a large #tornado ripped through places like #Eugene and #JeffersonCity in #Missouri. Local officials are reporting extensive damage and multiple people trapped in buildings. We'll have more details as they're available. pic.twitter.com/nHUuXjbpbW